Félix Bergés is in visual effects industry for nearly 30 years. He worked on very many projects and oversaw the effects of films such as THE OTHERS, AGORA, THE IMPOSSIBLE or THE END.

What is your background?
I have been working in that business for 30 years, I began as a programmer. Before I studied astrophysics.

Can you tell us more about El Ranchito?
We are a small company in Spain. We are 50 people on average, we have offices in Madrid and Barcelona. We are a company of very talented and very hard working people, it’s a pleasure to work in El Ranchito. We love to do VFX in Spain, It is for sure not the easiest way of working in this globalized world but we are doing our best.

How did you got involved on this show?
Michael Fitzgerald (Executive Producer) called me after he and Tommy Lee Jones (TLJ) saw THE IMPOSSIBLE.

How was the collaboration with director Tommy Lee Jones?
Very interesting. He « only » wants that everything that we have to do is completely real, invisible VFX. In our experience in Spanish and European Films, we are always doing invisible VFX and in that sense we had a very good relationship. I love to work with people that speak to you about real things. 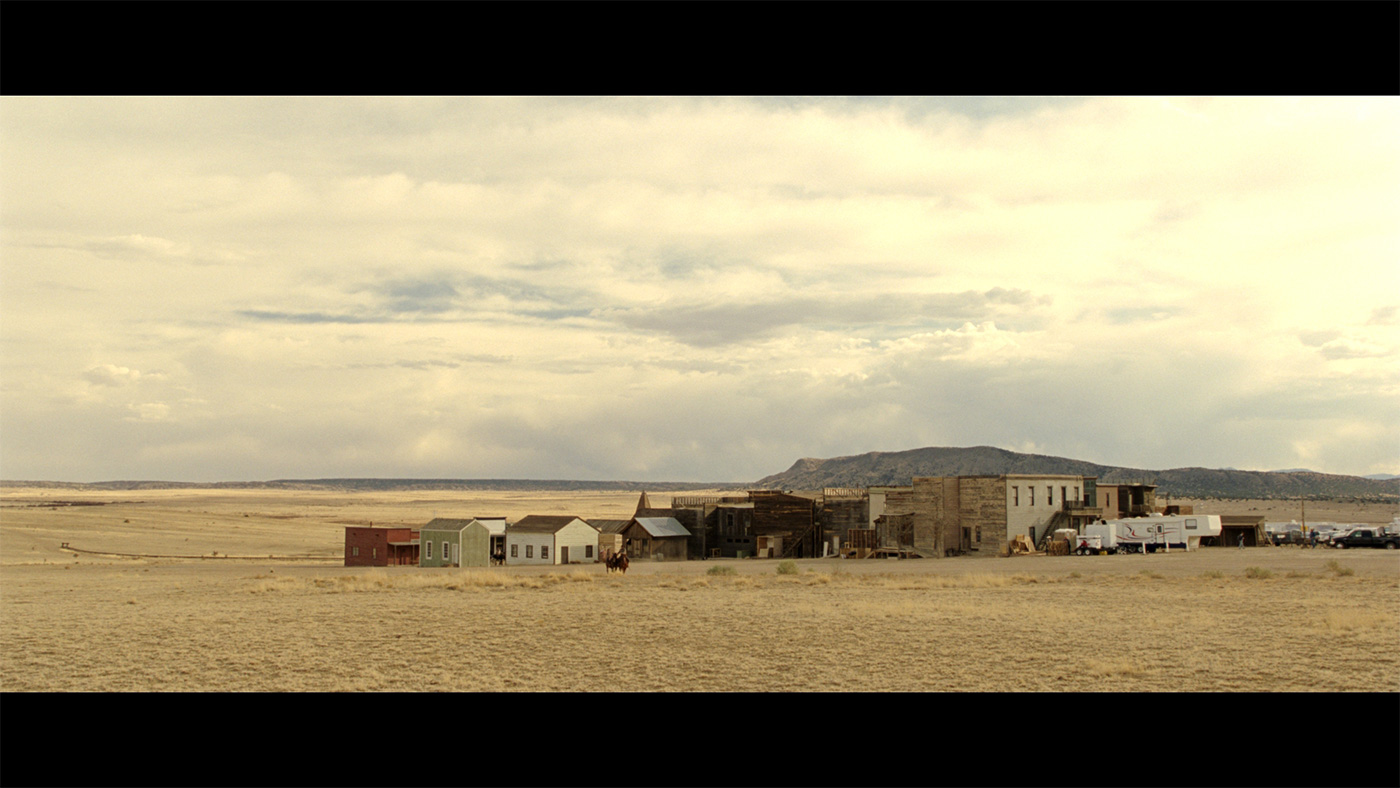 What was his approach about the visual effects?
TLJ never speaks about VFX. He speaks about something that he wants to have on screen and we can’t shoot, VFX is the tool.

Can you describe one of your day on-set and then during the post?
On set I always try to be as much invisible as possible, I think in this type of real movies the job of a VFX supervisor has to be offering possibilities without disturbing at all the director’s way of shooting.

Can you tell us more about the environments and atmospherics work?
The main job in the movie was related to the snow; we extended the snow in several landscapes and we put flying snow in a lot of shots helping to create a feeling of blizzard. How did you created the various bullet hits and the explosion?
We helped in very few bullet and explosion shots, they were mostly practical.

Can you explain in details about the girl that burns her hand with a candle?
The effect is pretty simple: we shot the girl with a small orange lamp and in post we added the flame and some burnt skin tracked to her hand, varying a little bit the intensity of the light to create flickering effect. How have you enhanced the burning of the hotel?
For the outside we only added a man on fire jumping out, the SFX work was all that TLJ wanted and it was very good. For the interior we added a lot more fire, crawling up the walls, and we also added fire to synchronize the broken oil lamps with the bursts of fire. 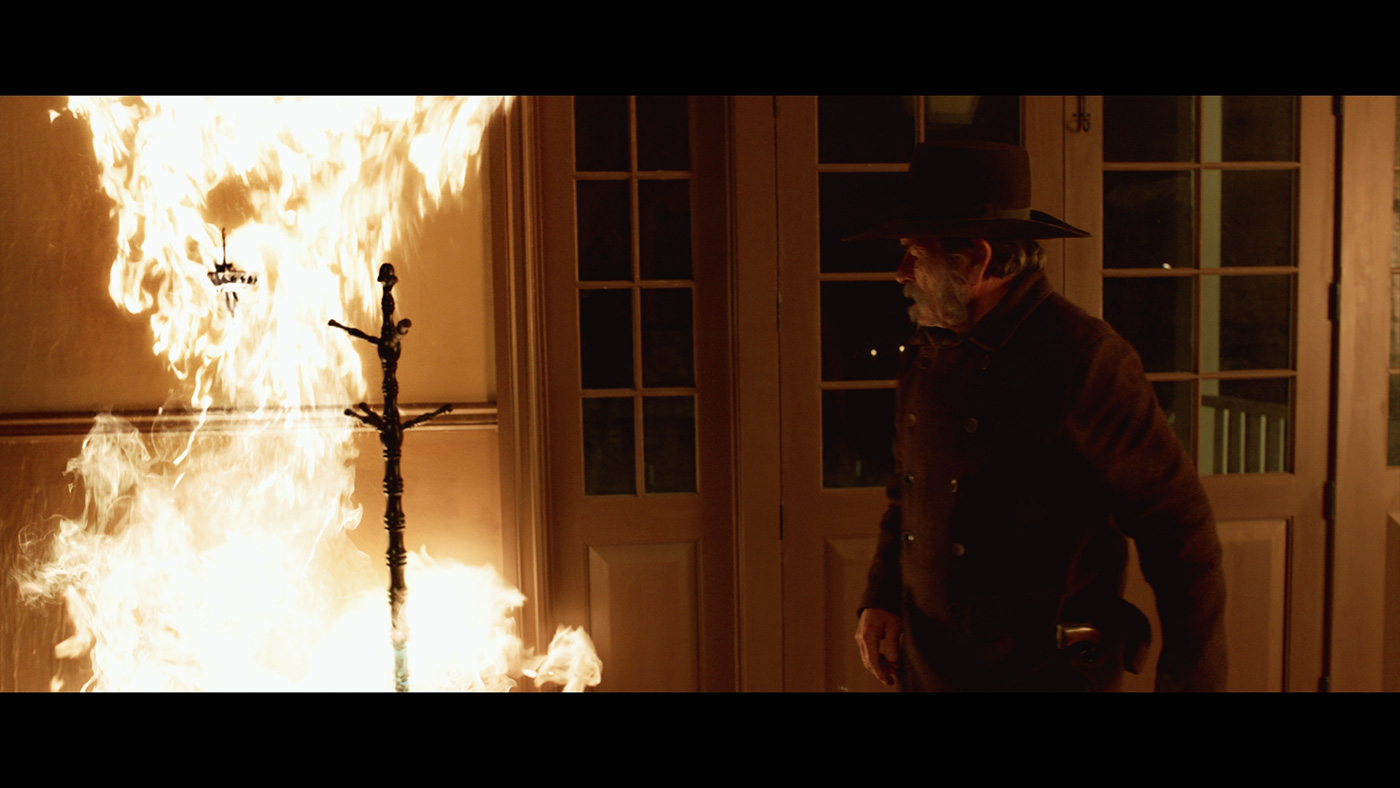 What references and indications did you received from the director for the city?
Art Department gave us a lot of style references.

Can you explain in details about the city creation in the wide shots?
This was one of the most important scene in terms of VFX, we have made several matte paintings base on photographies of the Missouri River and a lot of CG. 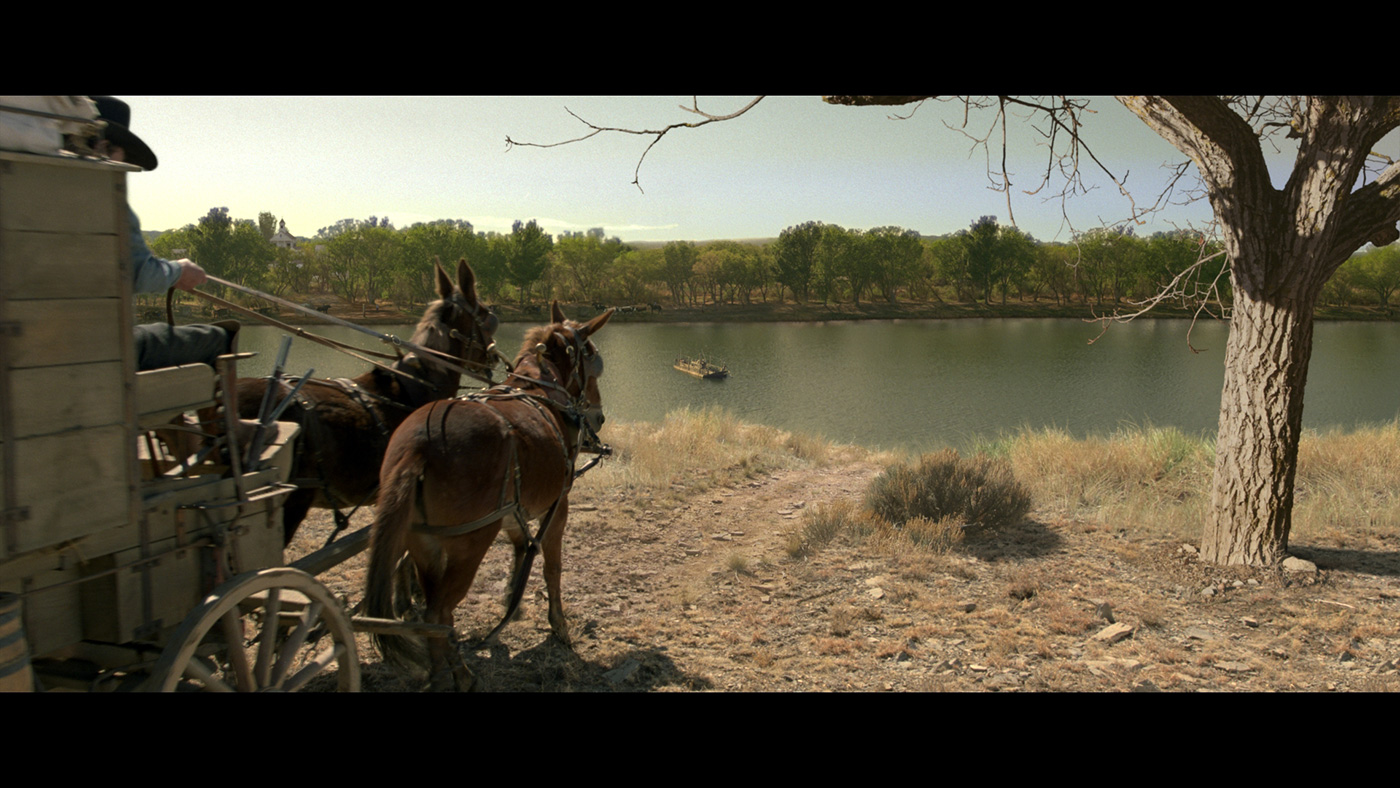 What was the biggest challenge on this project and how did you achieve it?
There was nothing especially difficult. Just the idea that TLJ was happy with the images. For me this always what I lose sleep about. I want the director to be really happy with our work.

Was there a shot or a sequence that prevented you from sleep?
I must confess that at the beginning I was a little bit nervous with the idea to work with TLJ on an American film.

What do you keep from this experience?
I am absolutely thrilled. THE HOMESMAN was the first time I worked on an 100% American film! The relationship with everybody was amazing. TLJ is a director very easy to work with in the sense that he has a perfect and unique idea of what he wants. Besides everybody were really very kind to me, especially Michael Fitzgerald. He helped me a lot. It was a pleasure to work on the film. How long have you worked on this film?
Approximately one year from beginning to end. But not the whole year through.

How many shots have you done?
125 shots.

What was the size of your team?
For this show we were 10 people on average.

What are the four movies that gave you the passion for cinema?
Probably I’m in the VFX business because of the STAR WARS saga or the INDIANA JONES saga, I love this « old » VFX movies. And personally I love movies without VFX like THE GODFATHER, APOCALYPSE NOW, GOODFELLAS or Charles Chaplin or Woody Allen films. I think I’m more relaxed watching movies without VFX.