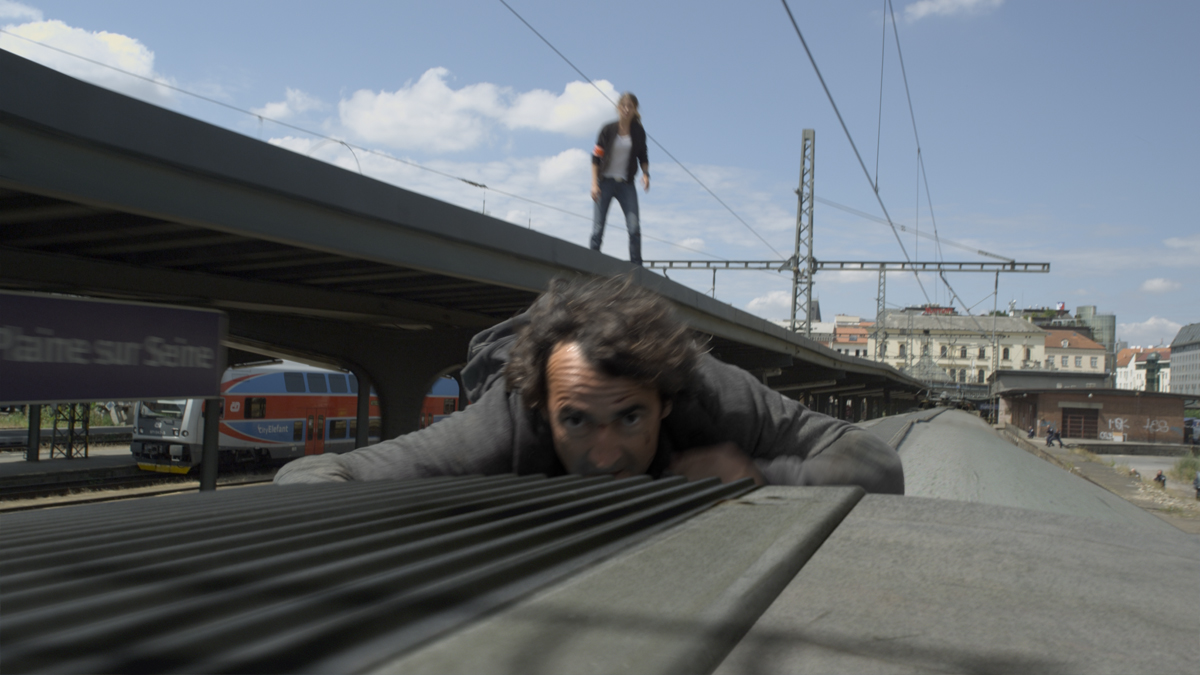 After working many years at BUF on projects such as ALEXANDER, MATRIX 3, HARRY POTTER 4, BATMAN BEGINS, or THE PRESTIGE, Nicolas Bonnell and Laurens Ehrmann founded in 2007 the VFX studio Plug Effects. They have since worked on films like THE DIVIDE and TWILIGHT ECLIPSE.

What is your background?
We Nicolas Bonnell and Laurens Ehrmann, respectively VFX Producer and VFX Supervisor.
We spent the first 10 years of our careers working on such films as ALEXANDER, MATRIX 3, HARRY POTTER 4, BATMAN BEGINS, THE PRESTIGE, SILENT HILL, BABYLON AD, SOLOMON KANE, KNOWING.

Can you tell us about the creation of Plug Effects?
Plug Effects was founded in 2007 to respond to a request. More and more movies rely on visual effects without having big budgets. The structure was originally thought to be a VFX supervision company in-house manufacturing. The idea was to offer optimized manufactured solutions depending on project needs. By being involved very early we started an advisory role for the producers and directors to make tradeoffs between in-camera and visual effects solutions. The goal was to fit in an envelope and schedules that we commit ourselves to respect. We then outsourced the images making through a network of providers and artists adapted to the kind of effects to achieve. We kept the supervision and responsibility of all, by offering our customers the guarantee for good end. From 2009, we expanded our offer by doing in-house all the effects that we were given.

How was the collaboration with director Eric Vallette?
Very good! We shared a lot with him before and during the shooting. Eric is a director who has the advantage of knowing exactly what he wants to still arguing for the sake of efficiency. Each effect should be part of a global dynamic.

Can you explain the shooting of the impressive chase sequence on the highway and tell us what you’ve done on these shots?
For the record, this sequence, like the train sequence, was shot in Prague for authorization concerns. The output portion of the used highway did not exceed 100 meters. We have « cleaned » the various signs that allow to locate the place as well as crew members that may appear on certain axis.
In this sequence, Albert Dupontel avoid a car that gets crashed in another, then he jumps onto a platform located below. For security reasons, the car impact was shot in 2 passes. We then erased the safety boxes for the jump.

What have you done on the train sequence?
We have cleared the security features of the shoot. Harness, carpet, safety boxes, nest, wires, etc..

Did you do face replacements for the stunts?
No, Albert Dupontel has achieved most of his stunts himself.

Have you developed a matte-paintings including the sequence of the train or that village?
No, except for accessories related to safety, these elements were shoot live.

Can you explain the shooting of the final sequence where we see Dupontel hanging from a tree above the empty space?
Albert was held by wires above a cliff. Eric wanted a river flowing down for reasons related to the story. We filmed separately footages of a river by helicopter near the main set. These elements were then composited in the background. We did not have a bluescreen to create this effect.

What was the biggest challenge on this project?
Difficult to answer this question. Each film represents a different challenge.

Was there been a shot or a sequence that prevented you from sleeping?
Absolutely not! A good sleep can solve many problems.

What are your software and your pipeline at Plug?
We primarily use Maya for 3D and Nuke for compositing.
We also developed a comprehensive system of « production workflow ».
Shaman provides shots management and monitoring throughout production, enabling to the different people to follow a project from pre-production to the final delivery.
Asstek is our asset management and scripts management system.
The two tools working of course together to ensure homogeneity of the pipeline on different projects.

How long have you worked on this film?
The production of images lasted about two months.

How many shots have you made and what was the size of your team?
We have managed around fifty shots with a team of 3 artists.

What do you keep from this experience?
To pleasure to have contributed to a dynamic and well put together movie, in the grand tradition of crime fiction.

What is your next project?
We are currently working on X-MEN FIRST CLASS as well as a French genre movie: LIVID.

What are the four movies that gave you the passion for cinema?
Nicolas:
Difficult to answer this question. It is very subjective and personal, it’s about movies that I see very young, but I would say:
THE MAGNIFICENT SEVEN of John Sturges for the state of mind that vehicle;
NORTH BY NORTHWEST of Hitchcock for the quality of its directing;
THE RETURN OF THE JEDI of Richard Marquand for the dreams and innovation that was at the time.
and may be ROPE of Hitchcock again for technical achievement represented in this movie done in a continuous shot.

Laurens:
It’s complicated, it is very hard to get out of 4 movies. Of course, movies like BLADE RUNNER and STAR WARS have impressed me. But I might as well have fun with a blockbuster, a genre film or a good French film.