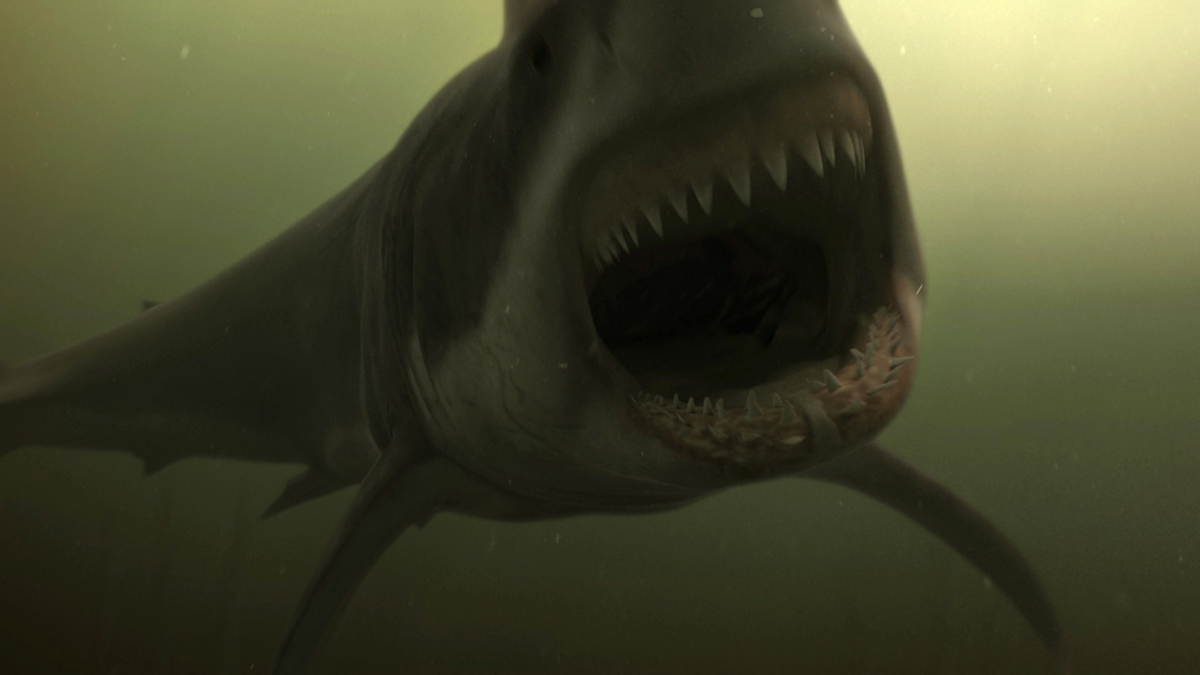 Petar Jovovic founded with several artists and friends, Crater Studio in 2005. He has since worked on films like TEARS FOR SALE, THE READER or THE OTHER GUYS.

What is your background?
My first contact with visual effects was when I skipped my secondary school classes to see STAR WARS in the cinema. Later on I learned painting and started experimenting with 3D Studio Max, and it got me extremely interested. After mastering Max, I have decided to teaching myself Maya which enabled me to enter the world of visual effects for feature films. In 2005 together with several artists and friends I have created Crater Studio whose first feature project was TEARS FOR SALE. The things started moving faster after visiting Siggraph 2008.

Can you tell us how did Crater Studio got involved on this project?
Crater Studio has been involved on various Hollywood projects since 2008. We’ve serviced several US based production studios on various feature films. The first major involvement of Crater Studio on a feature was working with VFX Supervisor Gregor Lakner and “Evil Eye Pictures” from San Francisco on a 2010 block buster comedy THE OTHER GUYS directed by Adam McKay for Sony Pictures/Columbia Pictures. Crater Studio was given vfx tasks on the most demanding shots of the movie, especially the freeze-frame, continuous-shot bar scene in which the leading actors Will Ferrell and Mark Wahlberg are caught mid-action in a series of drunken incidents. After the success of the movie and the overall good job done on vfx tasks, Crater Studio was called in August 2010 by production vfx supervisor Gregor Lakner to work on visual effects for SHARK NIGHT 3D that was about to start filming in Luisiana at the time. The primary vendor for visual effects was Reliance Media Works from San Francisco, CA.

What have you made on this show?
Crater Studio was involved from the start of the postproduction. The first task was to work on the creation of realistic CG sharks. Crater Studio’s artists worked on modeling, displacement, texturing and rigging of six different types of sharks: Great White, Mako, Tiger, Hammerhead, Bull, and Cookiecutter shark. We’ve also worked on the look development for two types of sharks in the underwater and above/breaking water environments. Crater’s artists also created water simulations and worked on shark animation, lighting and matte paintings for the show. Compositing for over 15 shots was done in Crater Studio as well.

Can you explain us in details the creation of the different sharks?
The modeling and rigging supervisor on the show, Vladimir Mastilovic from 3lateral, holds the answer to this question. As with everything else first step was gathering a lot of references. While we were learning about sharks, we got really excited about them as creatures. Like the fact that they have no bones, their bite is quite weak (compared to other predators), they have constantly growing teeth, most of them are able to eject their jaw to grab a bigger bite, they have protective layers over eyeballs, very keen sense of smell and some surprises as well like that they have their soft side in their personalities and they’re not that keen on human flesh which makes sense in a way- who would ever be able to escape them if we were their first choice for meal?! I guess the movie gives an answer to that- just main characters!

Modeling was done in digital sculpting programs like Mudbox and Zbrush. In this stage we wouldn’t worry about topology- just the anatomy, masses, the overall look. We would have group reviews with all modelers every 2 or 3 days with sharks rendered and composited next to reference. This was a good way to keep consistency in looks and anatomy. Often, riggers were included in this process to point out specific features that needed to be pronounced in order to have a more successful creature in final shot. Each of sharks we did has a special feature- great white is massive and powerful, mako is extremely fast and vicious, cookie cutters are perfect for this sort of movies- they’re small, hungry, and they come in groups… like piranhas, only sharks! Horrifying! All of this had to be communicated across the team from the very start of the process.

How did you rig them?
Once we had models done, riggers advised on topology we had to use. The topology had to be single shell, clean, grid like structure with just few poles. Because we used cloth simulators to simulate flabby skin it was preferable to have quads of similar size and with absolutely no intersections. Final topologies were a piece of art on its own as we managed to model both shark exterior and interior in a single shell with beautifully clean loops. This made things a lot easier for riggers later on.

The base of rig was quite straight forward but things we layered on top of it made the final look. We wrote a lot of custom tools for animators that made the whole process easier. These tools included managing of multiple sharks in the scene, selecting and setting keyframes in easy manner, saving poses, procedural motion/ path following and automatic secondary motion on fins. One of the more exciting things about these rigs was muscle system and integrating of simulated skin motion in controls which animators were able to use in real time. By using cloth simulators we created forces that simulate water running through the gills and propagating wake over the whole surface of the shark. Shark biting, when viewed in slow motion, often look like a water balloon thrown in mid air. Apart from obvious benefit, this also made the sharks internal structure more visible which made a refined and organic look we were after. Rig later on allowed controlling of speed and strength of these effects. In addition to this we also had procedural noise and wave patterns that we used to further increase realism and give our shots energy they required.

What was your on-set reference for lighting?
Grey and chrome spheres were used for lighting reference, as well as rubber sharks in some cases.

How was the collaboration with the teams of Walt Conti?
One of the aspect of collaboration was to use the animatronic sharks as look and light references in several underwater shots, as well as for the animation of the CG sharks.

What were your references for sharks animation especially when they are attacking and chasing the boats?
We had a great number of video and still image references for both modeling and shark animation. We used underwater and ocean documentaries as well as educational films that show sharks swimming capabilities, anatomy and bite mechanism. Most challenging was to find the references for cookie cutter shark – there is no video recording of the cookie cutter swimming!

How did you create the shot in which the shark is jumping out of water to catch the guy on the jetski?
This was one of the most demanding shots. It started off as semi CG shot, but ended up being a full cg treatment. What made it more challenging was the fact that it was shot with a high speed camera to create the slow motion effect. Crater Studio’s task on this shot was the complete integration of animated shark and water simulation done by other vendors. Crater managed the final assimilation of the shot, including matte painting, lighting and compositing of all the elements.

Can you tell us more about the shots in which a character uses a bang stick to kill the shark attacking the girl in the cage?
Another very demanding shot. The live shot was made using the animatronic shark and Crater studio was asked to create a massive explosion of shark’s flesh leaving a big wound and flesh chunks. Crater Studio worked on the complete treatment of the shot: from camera match move and rig removal, over modeling and animation, to lighting and stereo compositing. The greatest challenge was integrating the cg elements into the live action footage to create a believable effect.

Can you tell us more about the matte paintings and the environment you created?
The matte painting supervisor on the show was Crater Studio’s Art Director Zoran Cvetkovik. By using onset photography with computer generated elements, he and his team managed to create stunning backgrounds for several shots. Most notably the shot showing the island was completely done as a matte painting. The live action background in the shot in which the shark is jumping out of water attacking the guy on the waverunner is completely replaced by our matte painting.

Were there a lot of removal rigs and crews to do?
Yes, but these tasks were mostly done in other vendor studios. Crater Studio was working on more demanding tasks, with only a few rig removals.

How did you manage the stereo aspect of the show?
SHARK NIGHT 3D was Crater Studio’s first involvement with stereo technology. Crater’s crew managed stereo tasks with great success. The most demanding tasks were stereo camera layout and stereo compositing.

What was the biggest challenge on this project and how did you achieved it?
The greatest challenge on the project was the need to create a realistic water simulations that interacted with realistic cg sharks. In order to tackle this challenge we used Naiad software and created pipeline for it. Our Naiad team led by TD Zoran Stojanoski and lighting artist Ivan Vasiljevic managed to stay on top of all the challenges that water simulation and lighting tasks presented.

What are your software and pipeline at Crater Studio?
We mainly use Maya for 3D and animation, Pixar Renderman for lighting, Naiad for water simulations and Nuke for compositing. Arnold was also used for lighting on the show.

How long have you worked on this show?
The whole project lasted for over 11 months. Effectively it took less time to finish all we had on our plate.

What was the size of your team?
Crater Studio had over 40 artists and production staff working on the project in various stages and on various tasks. We collaborated closely with Gregor Lakner as production vfx supervisor and the crew from Reliance Media Works.

What did you keep from this experience?
This was a great opportunity for Crater Studio’s artists and production staff to get hands on experience with stereo technology and demanding water simulation tasks. We have learned so much from this experience and are using the knowledge earned on current and future projects.

What is your next project?
We are currently working on a full CG part of an episode of a popular science fiction show that is in its 5th season at the moment.

What are the 4 movies that gave you the passion of cinema?
A CLOCKWORK ORANGE, FELLINI’S AMARCORD, ONE FLEW OVER THE CUCKOO’S NEST and DEER HUNTER.