Christopher Bremble have more than 20 years of experience in the film industry. In 2003, he came to Beijing to complete post-production and visual effects on his second film DEEP RESCUE. In 2003, After its completion, he re-assembled the film’s visual effects team and launched Base FX. He worked then on many project such as THE PACIFIC, LOOPER or BROADWALK EMPIRE.

Can you tell us more about Base FX and how you get involved on this show?
Base started in 2006, and we’ve slowly worked our way into being a leading company in Asia, and through our relationship with ILM, Hollywood. Keanu Reeves had worked with some of the ILM team, and so he came to us through that relationship, and we started talking a few months before they started pre-production. Usually, we get involved in a project very early, and more often than not through our relationships in the industry. 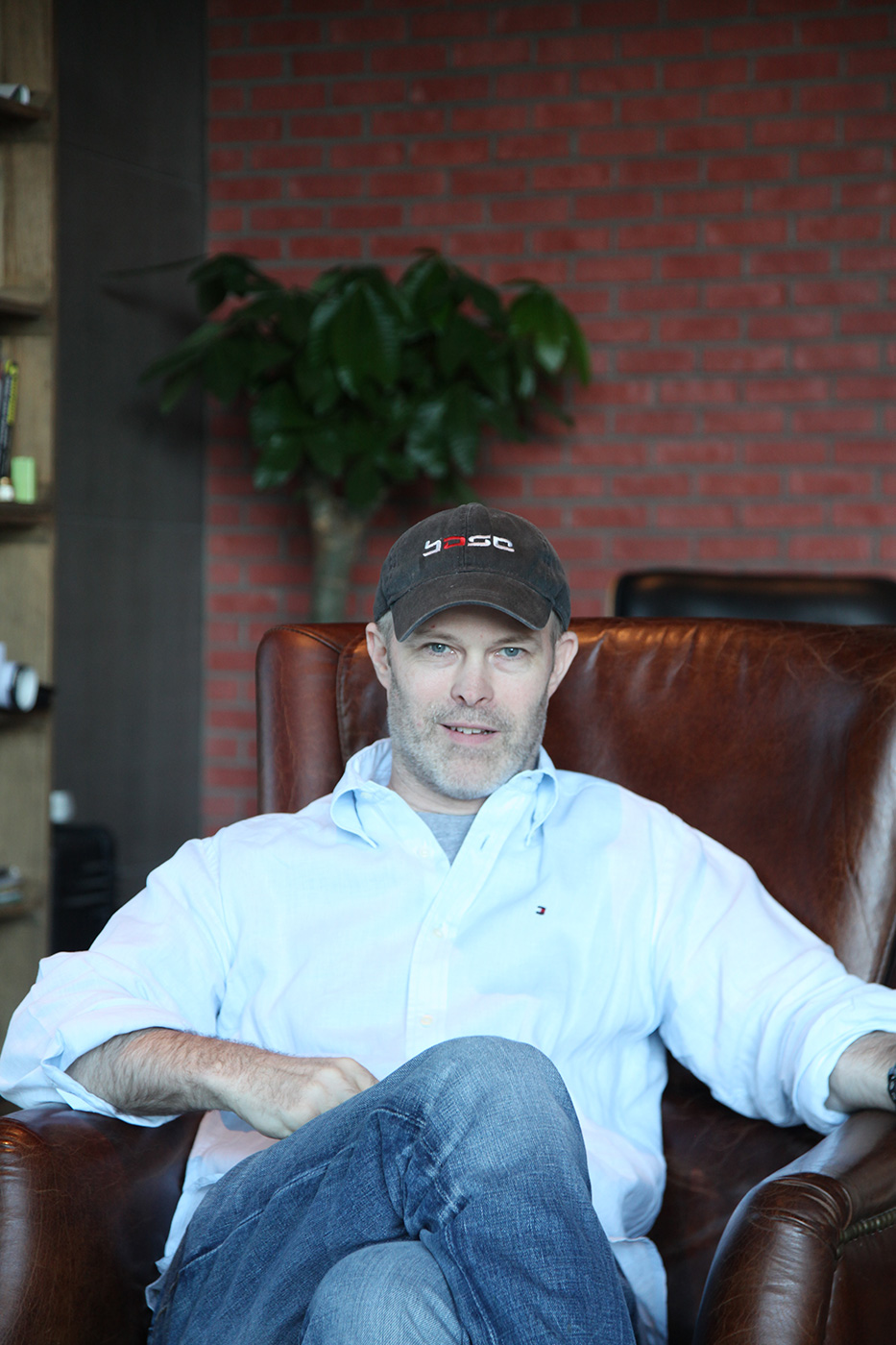 It’s the first feature film as director for Keanu Reeves. How was your collaboration with him?
Keanu was fantastic. He’s been a part of some of the biggest visual effects films ever made, so he knows the challenges, and he was very clear in what he needed for the film. He’s a fantastic communicator, and we always knew what he liked and what wasn’t working.

What was his approach and expectations about the visual effects?
His primary approach to visual effects was that they be invisible. In our first meeting he made it clear this wasn’t a visual effects film, and shouldn’t feel like it. Even some of the ‘bigger’ shots ended up being toned down, as he felt they intruded on the picture. So, it was mostly enhancing a few moments, handling work that couldn’t be filmed practically, and extending key sets.

Can you describe to us one of your typical day on-set and then during the post?
A typical day on set was a long day; there were a lot fight scenes, which are hard to shoot and take a lot of time. We were there in case we were needed, which usually just to confirm Keanu’s intuition.

Post was much the same: long days. We had a lot of work, and due to the schedule, not a lot of time to finish the work. We had access to Keanu, which was very helpful. He would review shots with me, and usually make quick decisions.

Can you tell us more about your matte-paintings and environments work?
We did a few set extensions and environment shots. Most were very straightforward for us. The hardest – and a first for us – was the alley scene. Keanu wanted to transition from Hong Kong to Beijing in a single shot, so we filmed Hong Kong at dusk, then created a dome of the night sky, and tied that into a pan of Beijing. Those three shots were married together taking us out of Hong Kong, into the night sky, and then descending on Beijing as the sun rose. The next element was the tough part, which was coming down off the top of an apartment building, and moving through a Beijing alley. We looked at all sorts of ways to get a camera in the alley – every technology you could imagine, including drones, cables, and cranes. Nothing worked. So we scanned the alley, and used that scan to build a fully CG alley, then animated a camera down through the alley. It was a great solution, and we were able to make the adjustments Keanu wanted quickly and efficiently.

What was the main challenge about this long shot?
The biggest challenge was in the details; it was a huge amount of work. Just massive. Since we controlled the camera, we were able to make changes in timing quickly. But building the environment required full scans of the area, which we then used more for reference than for the geometry; we could quickly check the scans for detail elements, and model those into our work.

The movie have many screen contents. How did you created these graphics?
The graphics were relatively simple; we would design different packages – the production designer also prepared several versions, and Keanu let us know what worked for him. A few, like the GPS screens, took a long time to get right, but most of the graphics were finished quickly.

Can you explain in details about the creation of car crash sequence?
The car crash was something that just couldn’t be done practically, so it became the biggest CG sequence in the film. The plan was always to keep it modest, and not make it too violent. The audience had to believe that Karen Mok could survive the crash, and that was the key constraint. 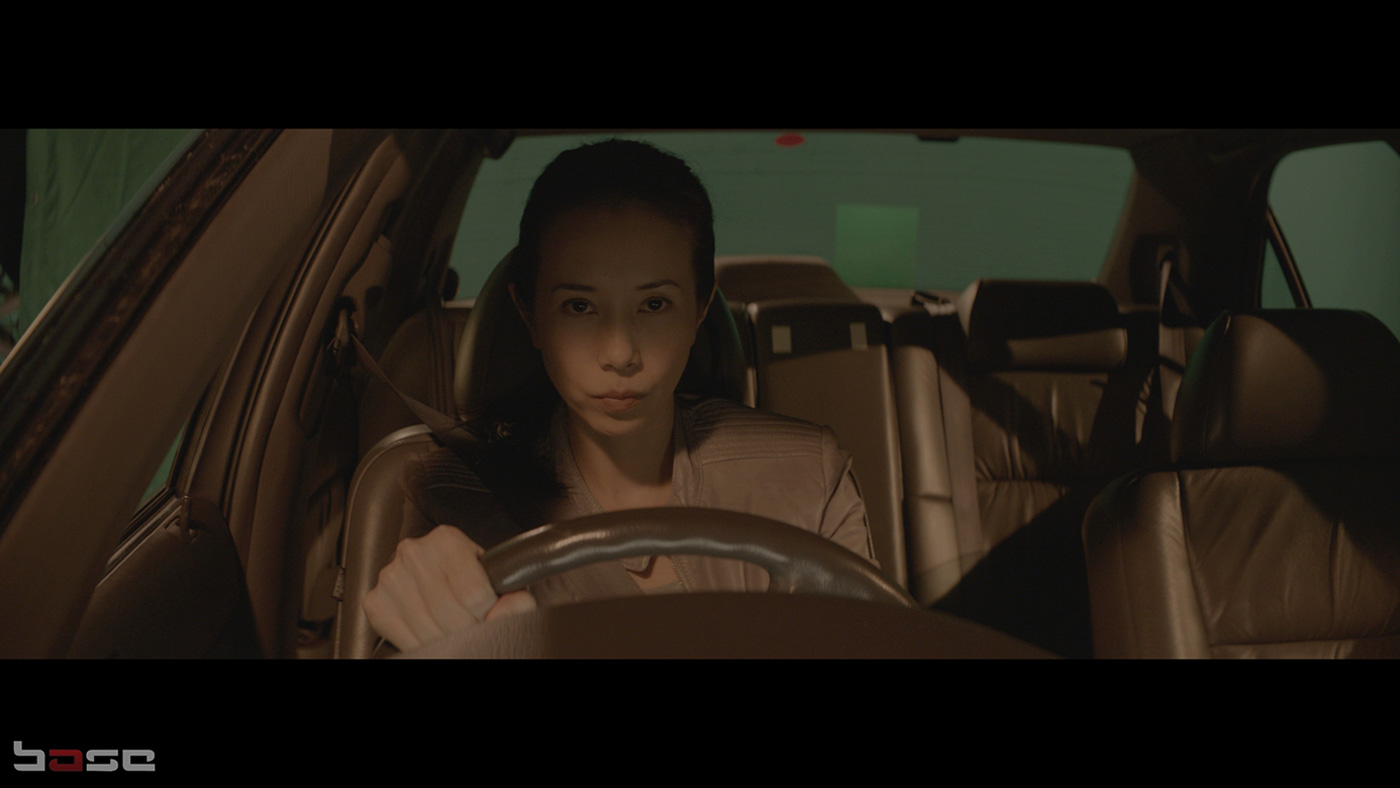 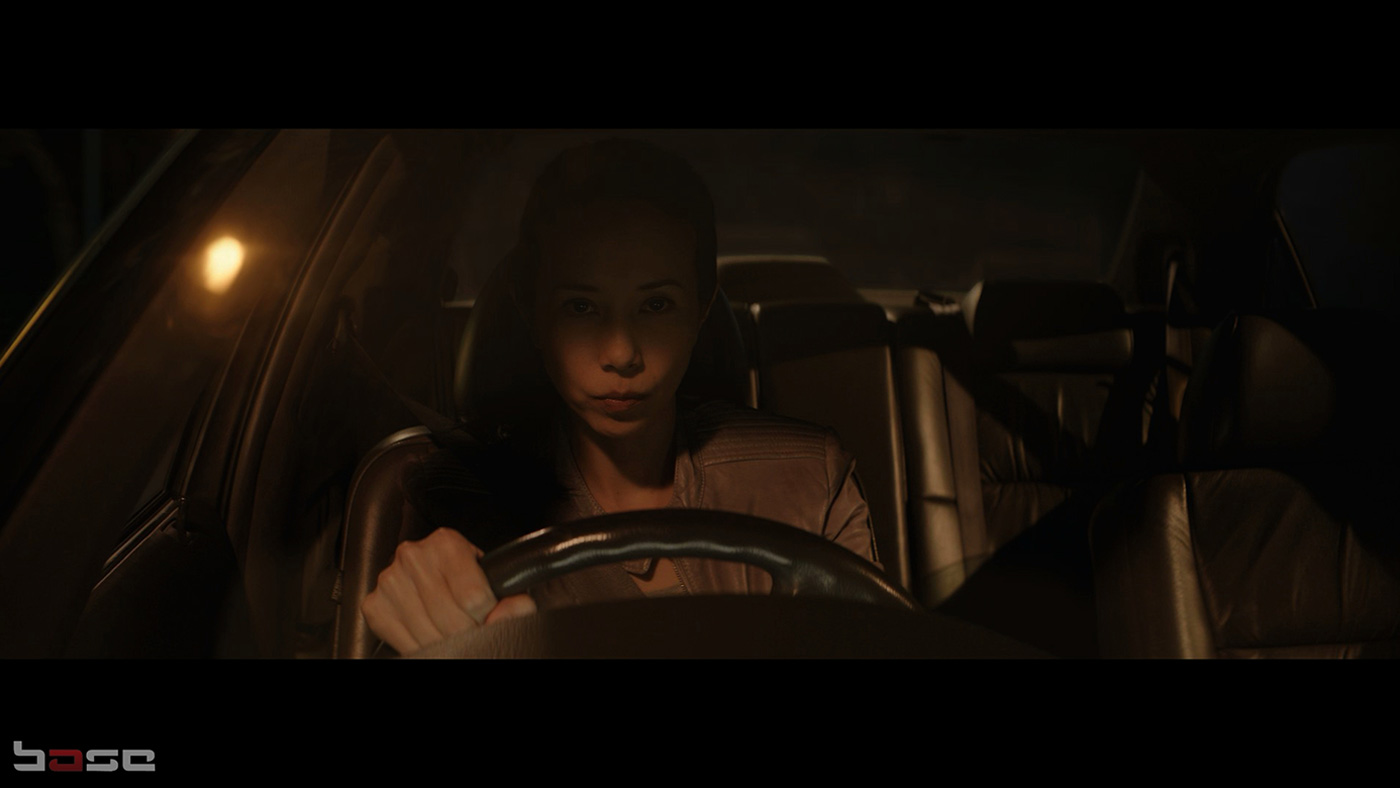 Usually, directors ask for these kinds of events to be bigger than life, but Keanu wanted to keep it restrained. So we went through a bunch of iterations in previs, and Keanu kept the crash sequence simple and focused. He put a lot of attention on the details, like the speed of the reaction to hitting the ground.

Once we had sign off on the previs, it was just a matter of building in the environments, layering in the dirt, leaves, and foliage reacting to the car, and bring it all together in the composite. The animation – getting the speed of the cars interaction with the truck and with the hill side – was the major challenge. Once we had that locked, the rest of the shot fell into place.

Was there a shot or a sequence that prevented you from sleep?
We spent a long time worrying about the alley sequence, just because we tried every way we could imagine to create the shot without building it in CG. We looked at every kind of aerial camera rig, toured the alley numerous times, and then came to the realization we simply had to create it in CG. So, we scanned it with a LIDAR scanner, solved for the point cloud, and started the work. Once we committed to the approach, I was okay, but we had a few tense moments trying to determine the best way to get Keanu the shot he wanted for the film.

What do you keep from this experience?
On every film project, the take away is the people. Working with Keanu was a joy. He’s such an icon of cinema, and yet so kind and polite. I would have moments, working with him, where I’d think, “Wow, I’m working with Keanu Reeves.” He never made you feel that way – he was always humble in his approach to the work – but he also has such a presence. I also worked closely with the DP, Elliot Davis, who was fantastic, and really helped us in post with the care and attention he put into the DI. That was a great experience as well. 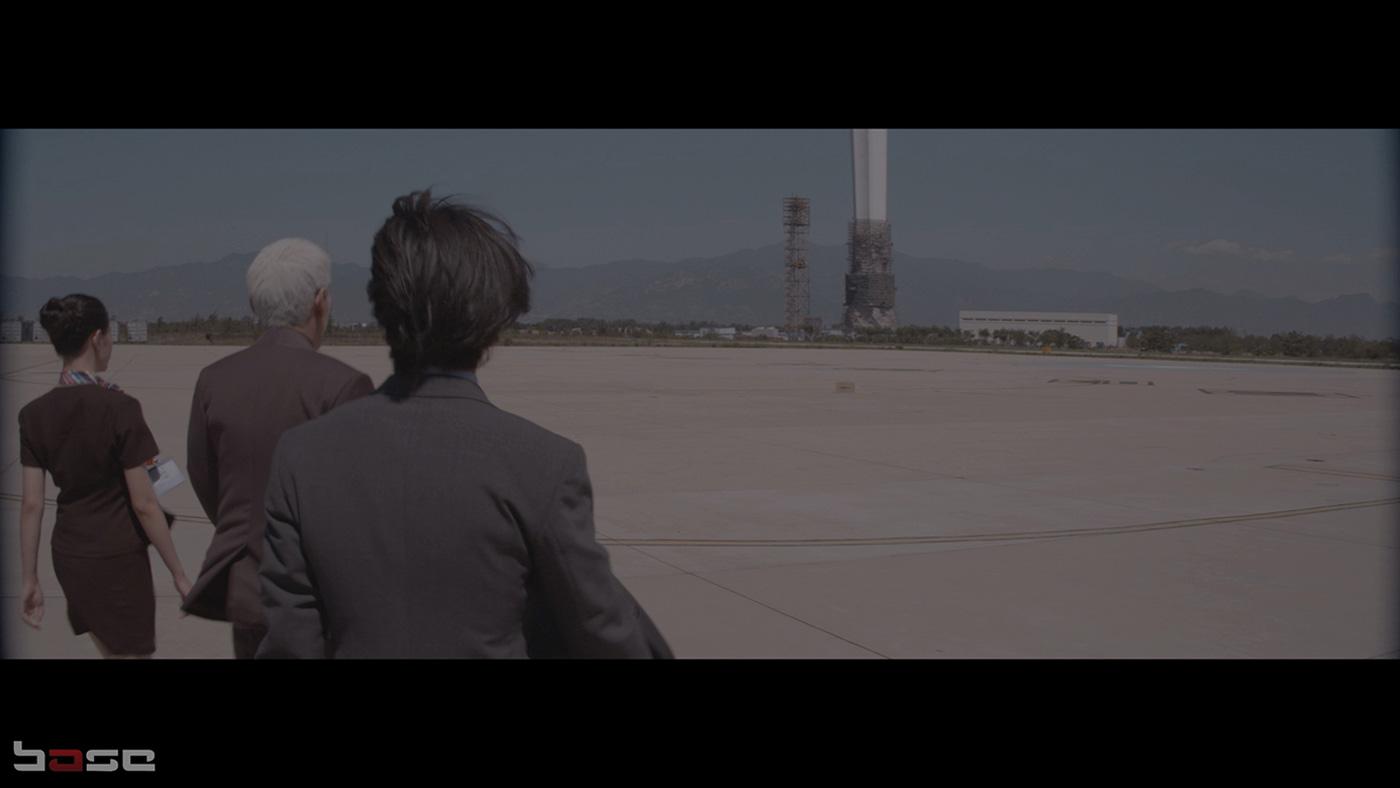 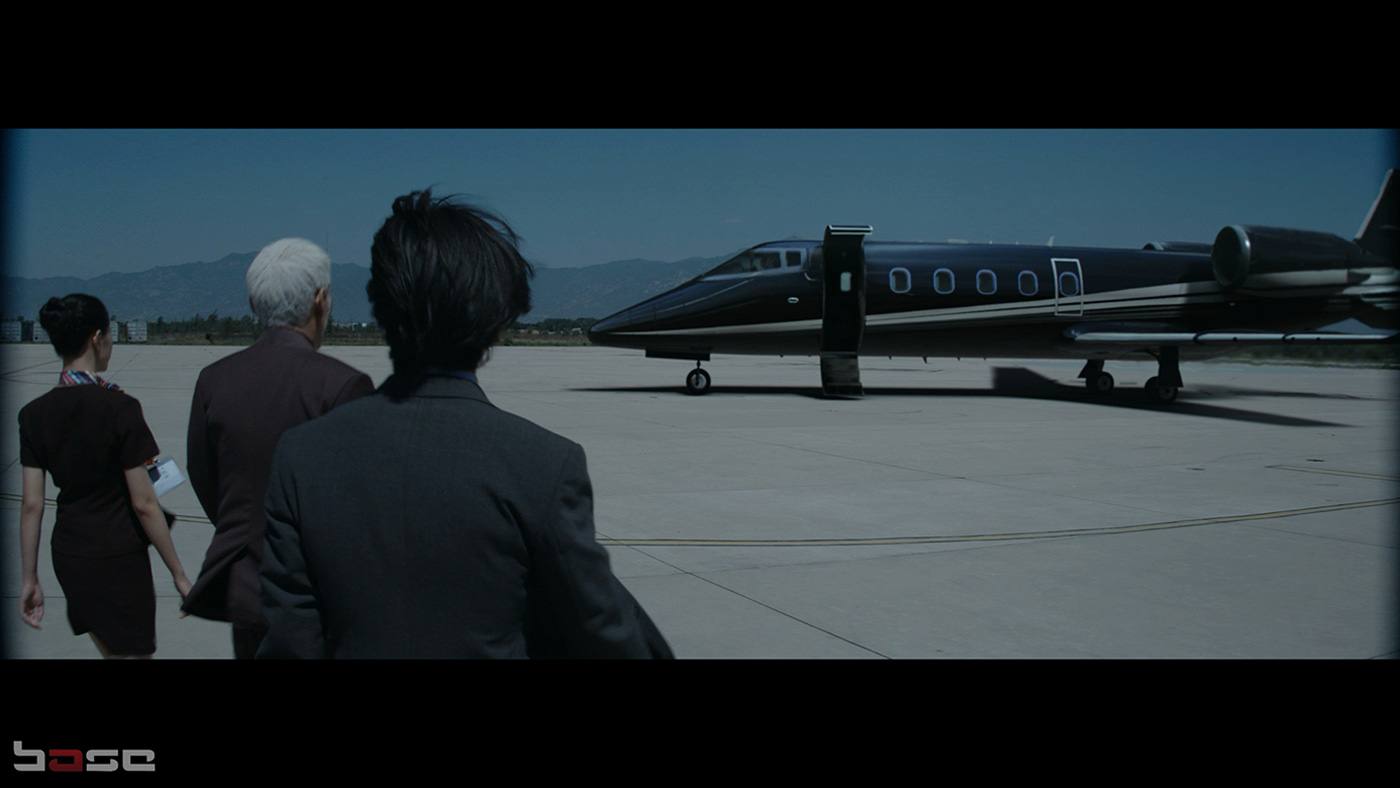 What is your next project?
We’re currently working on several shows. I’m mostly focused on the Chinese language films at the moment, helping the directors prepare their films. More than being on set, I enjoy the development process on a new project, working to help secure the director’s vision for the film. That’s my strength, I think.

What are the four movies that gave you the passion for cinema?
My top four? I would say, a single film, anything by David Lean. His films are just so beautiful to watch. BRIDGE ON THE RIVER KWAI, LAWRENCE OF ARABIA, DOCTOR ZHIVAGO. Brilliant movies. Then, BLADE RUNNER, for its smart storytelling and beautiful design. Then GALLIPOLI and THE UNBEARABLE LIGHTNESS OF BEING for their heartache. Last, I would say WINGS OF DESIRE, which changed the way I thought about telling a story, and showing that less can be more. Those movies (more than 4, I know) made me want to be in the film business.