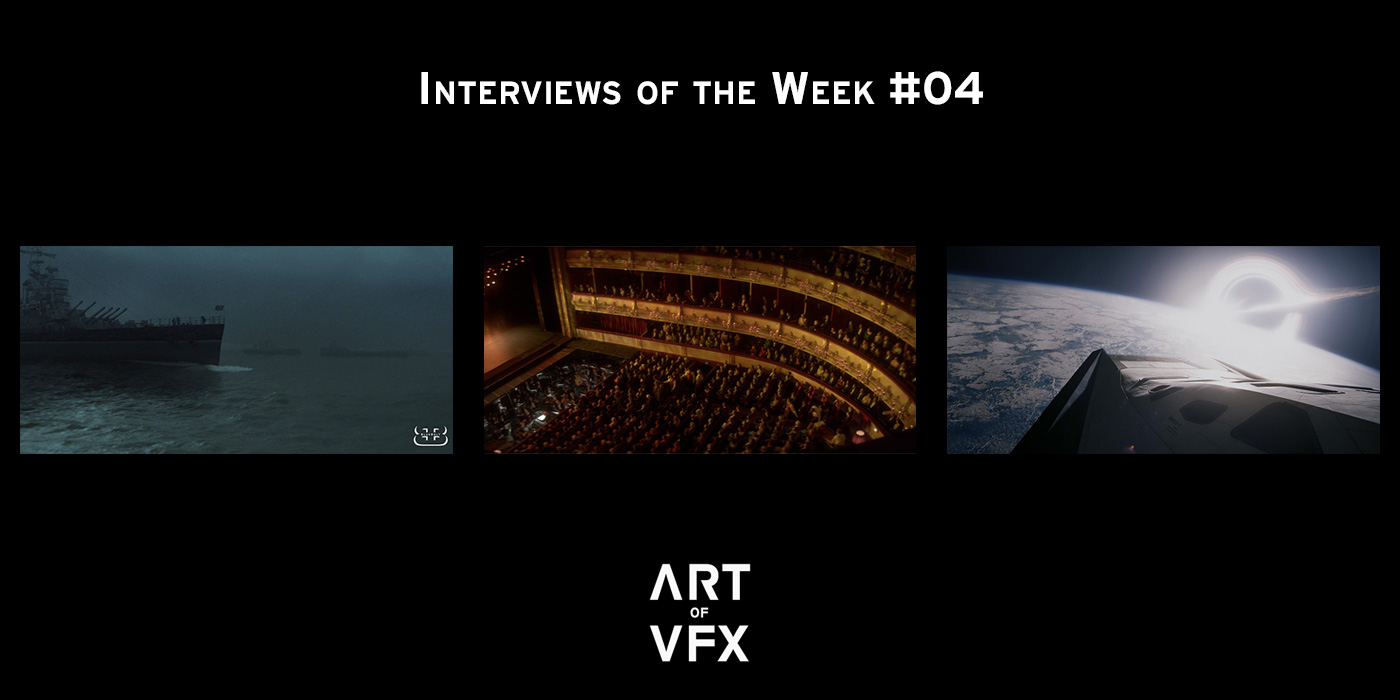 Interviews of the Week #4

Here is the recap of my interviews of the week #4. So you won’t miss any of them.

Stuart Bullen began his career in the VFX almost 10 years ago. He worked many years at MPC on projects such as THE WOLFMAN, GI JOE: THE RISE OF COBRA and QUANTUM OF SOLACE. He joined BlueBolt in 2010 and worked on films like THE IRON LADY, THE CLOUD ATLAS or MONUMENTS MEN.

In 2011, Adam Gascoyne explained to us the work of Union VFX on 127 HOURS. Then he worked on many projects such as THE WOMAN IN BLACK, TRANCE, PHILOMENA but also on LONDON 2012 OLYMPIC OPENING CEREMONY: Isles of Wonder.

In 2010, Paul Franklin had explained to us the Double Negative’s work on INCEPTION. Two years later, he reworked with Christopher Nolan on the conclusion of his BATMAN trilogy. He reteamed with the director this year for INTERSTELLAR.