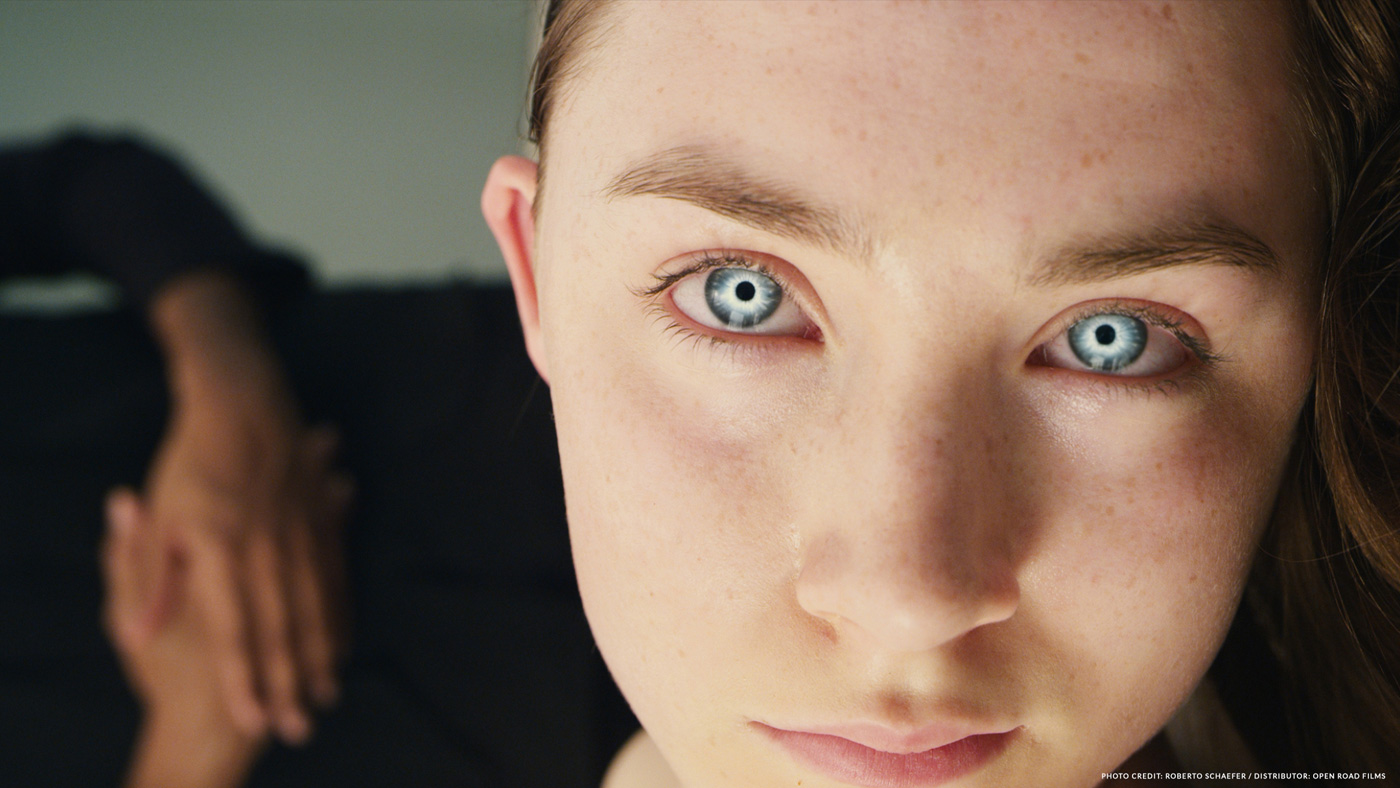 Mikael Damant-Sirois began working at Meteor Studio on projects such as JOURNEY TO THE CENTER OF THE EARTH or TV series CRUSOE. He joined Rodeo FX in 2012 and worked on films like RED TAILS, MIRROR MIRROR or THE TWILIGHT SAGA: BREAKING DAWN – PART 2.

What is your background?
I studied in fines arts and then discovered a passion for moving pictures and digital imagery so I got a degree in film animation and digital image and sounds at Concordia University. I started my career has a generalist with a speciality in lighting. I worked on my first feature film at Meteor Studio.

How did Rodeo FX got involved on this show?
We got involve at the beginning of the shooting. We had the opportunity to send a small team onset to acquire data and help the production team for the heaviest VFX shots. How was the collaboration with director Andrew Niccol?
It was a great. Niccol has a really define visual style that we tried to reflect in our work. Also he was always available after the shooting to help us design the shot.

How did you design the light grid on which the souls arrived?
Andrew Niccols wanted it to look like a stellar field, a kind of « star gate ». We needed to figure how these lasers would converge on the cryopod and help them land or take off. Can you tell us more about its creation?
We started by doing a rough layout and camera movement for all the shots in this sequence. Then we did a basic texturing of all the model that would later be used as a starting point for the mate painting. 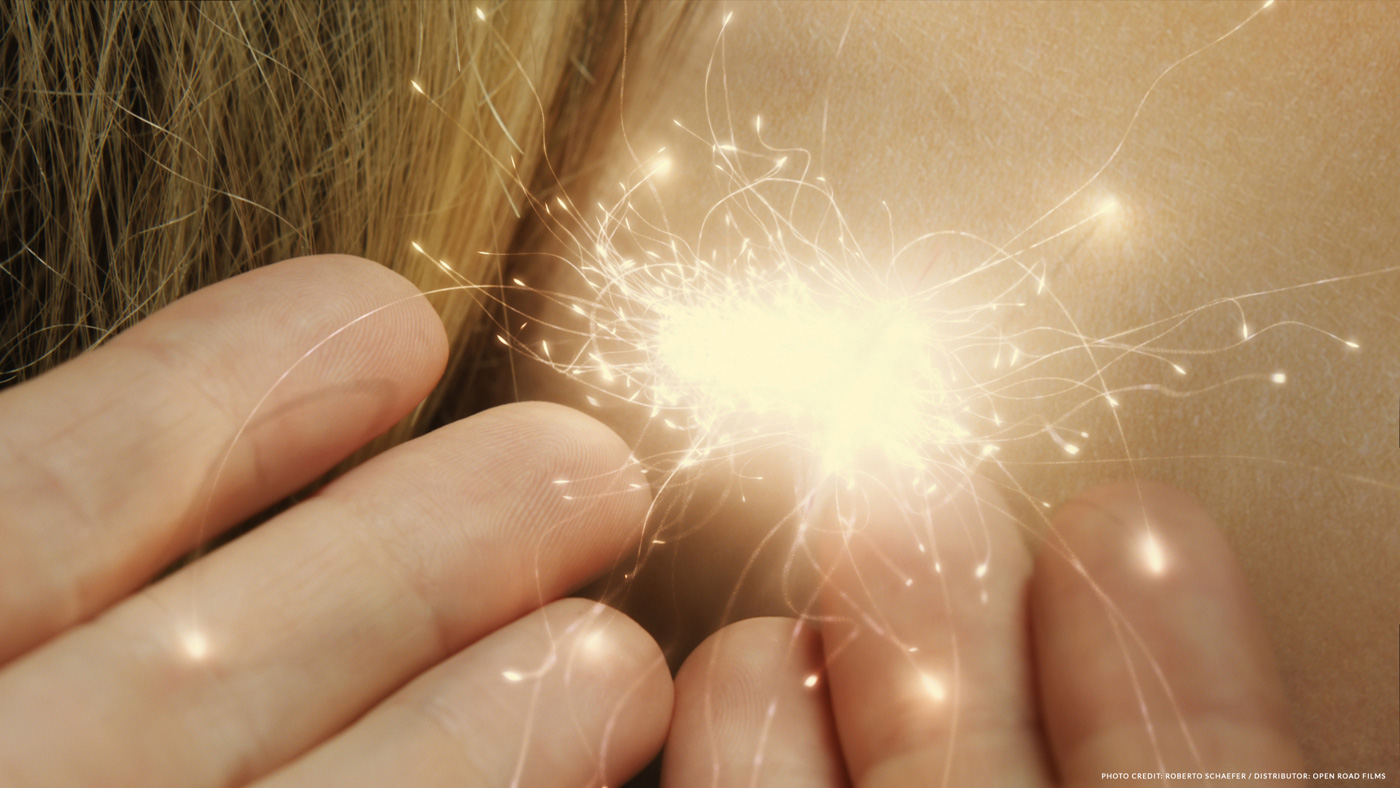 How did you manage the FX elements for this grid and the souls carriers?
We used ICE in Softimage to easily create multiple curves to shape the stellar field. We were able to quickly modify the general shape of the field but the artist still had the liberty to modify it manually for the composition needs. We generated different procedurals noises that were going through the lasers. Those where later blended in compositing. 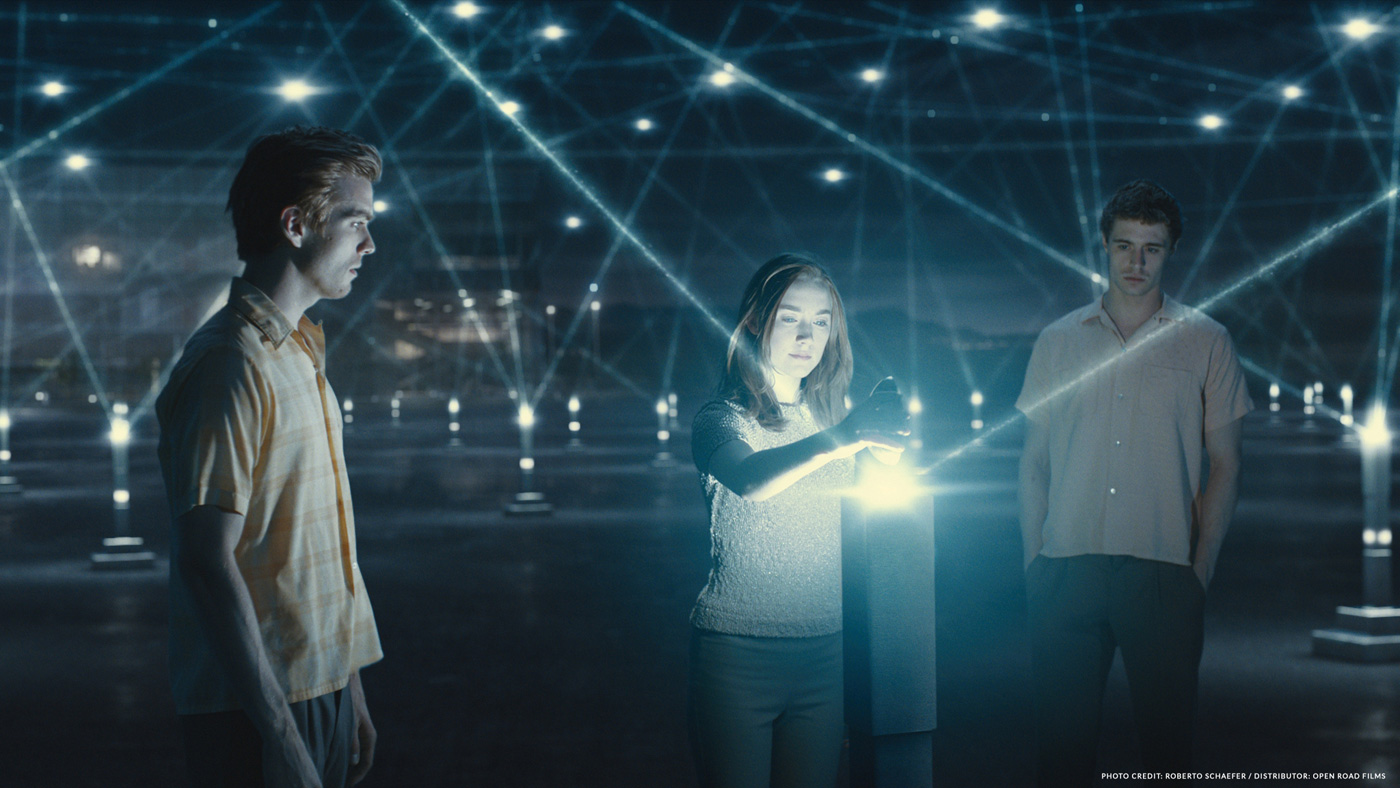 The hosts have specific eyes. Was it a full CG process and is there some lens work for these eyes?
Most of these eyes are lenses but some are CG. We did a few shots where the eyes needed some enhancement especially in the extreme close-up. Can you tell us more about the design and the creation for the souls?
It was a challenging creative process involving both Stephenie Meyer and Andrew Niccol. The creature needed to look graceful and peaceful even while entering a human body. At first we tried giving it a « feathery » look but it wasn’t quite it. So we ended up doing a body-less glowing creature. How did you create the wounds healing?
For most of the shots we did a complex painting of the wound that we split in different stages which were later animated in compositing. We enhanced the fracture and bruising in compositing. We also did some 3D deformations for the parts that were fractured.

Can you tell us more about the city environment outside the Seeker office?
It’s a landing site for the cryopod. Andrew Niccol wanted something really clean and symmetric. After the mate painting was completed we added some crowd and vehicles animation to put a little bite of live in the city. 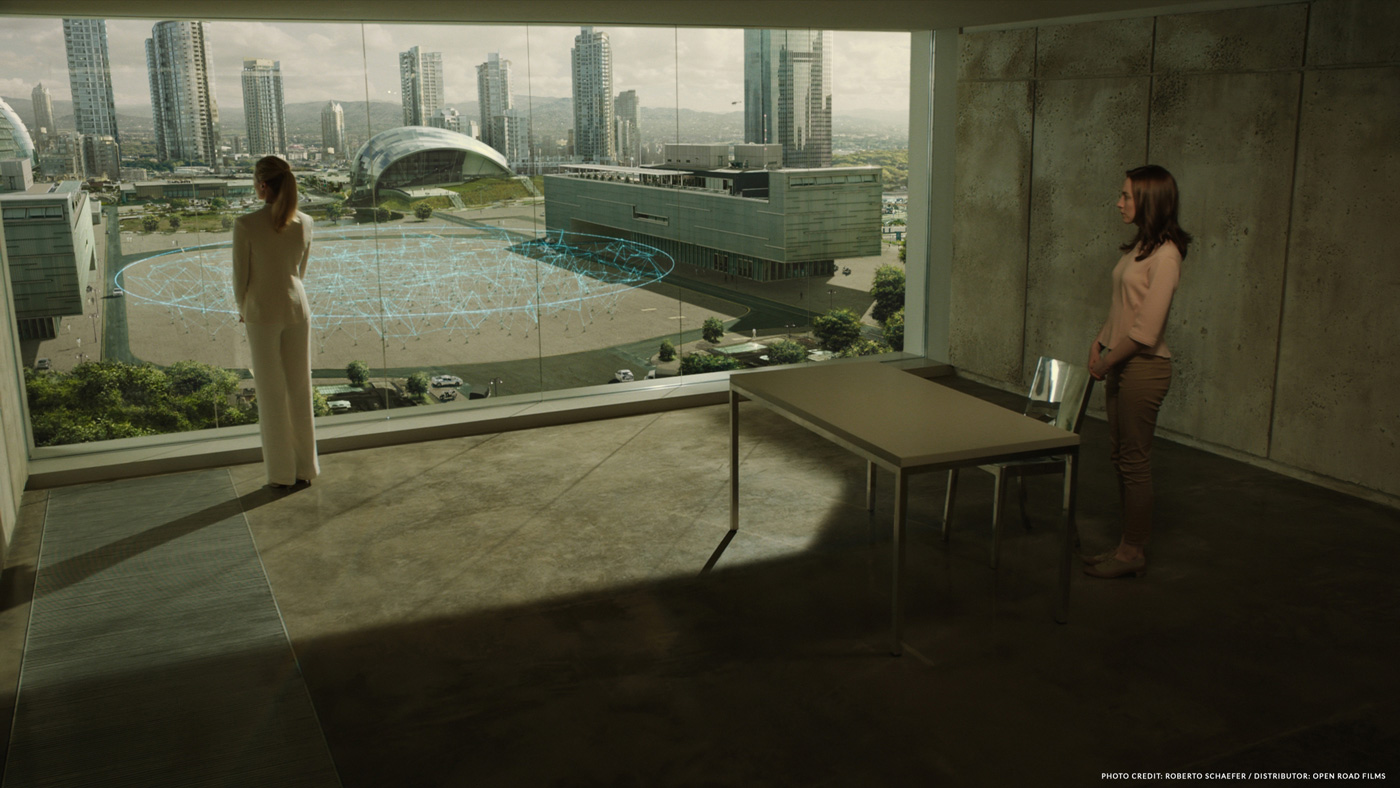 The rebels are hiding in caves. One of the cave have glowworms. Have did you create this environment and the lights?
We received a Lidar scan of the set that we extended in 3D. The mate painting was split in a way that enabled the compositors to animate multiple light effects inside the cave. We used multiple footage as well as CG to created a nice underground lake. The rebels also have wheat fields in huge caves. Can you tell us more about the creation of these huge environment and how you create the fields?
We also received a Lidar scan of the sets and multiple concepts done by the production. Using this Lidar we extracted color and height information that we used as a starting point to create a highly detailed textured model that we later shaded and lighted using Arnold renderer.
We also generated multiple texture passes for the mate painting. For the wheat field we created a custom tool in ICE inside Softimage to be able to easily paint wheat areas. Even though the density of the wheat field was quite high everything rendered surprisingly fast with Arnold. 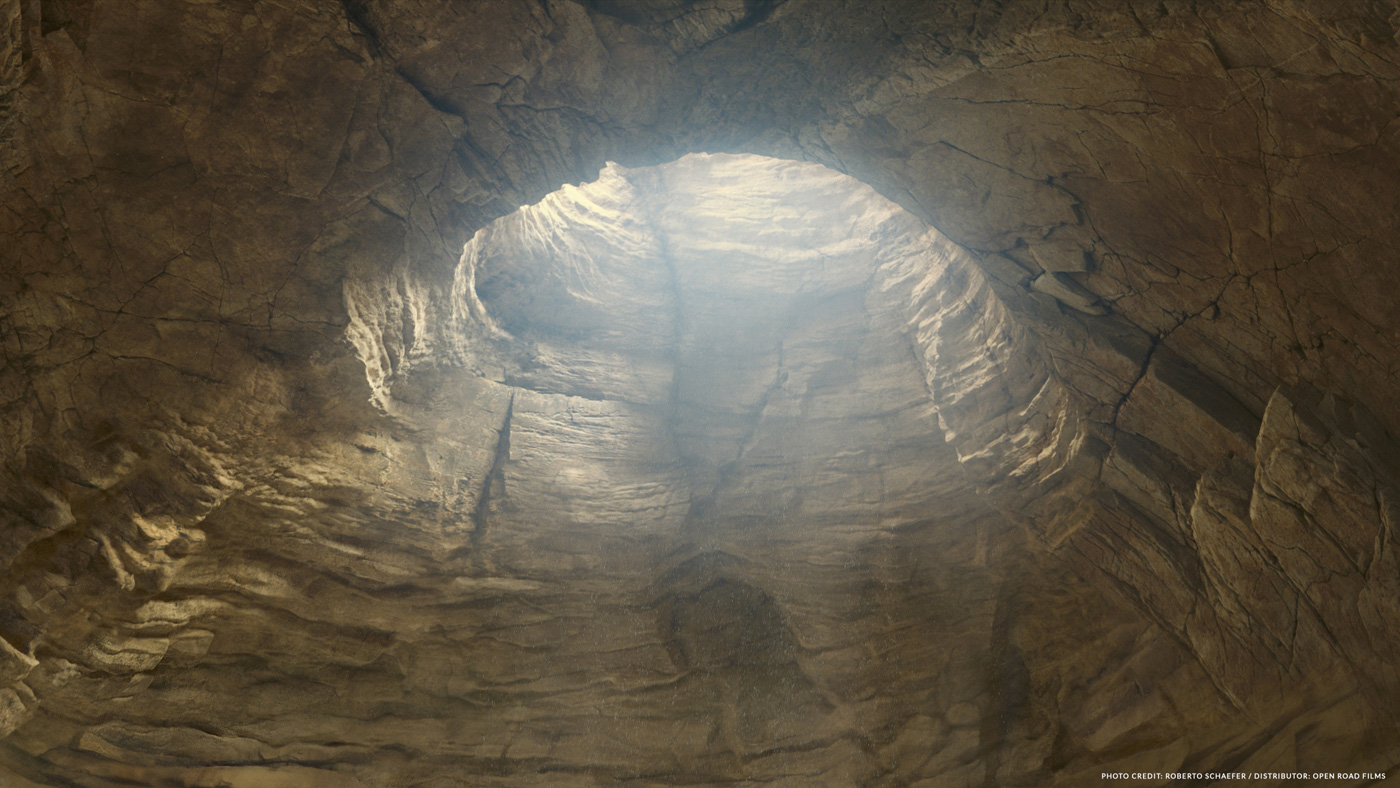 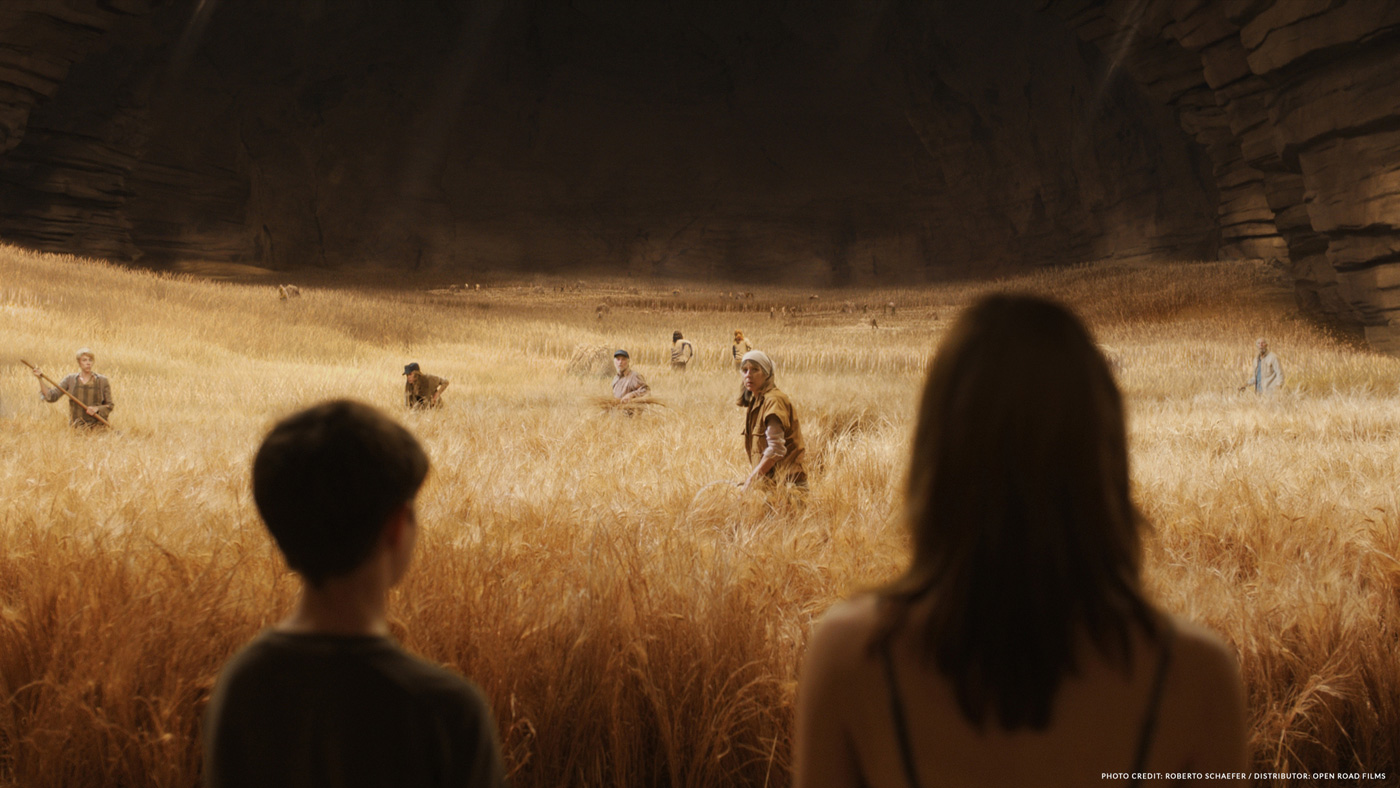 How did you create the many mirrors above the wheat fields?
Andrew Niccol wanted us to create a perfectly mathematical mirror layout that would help the rebel to make the sun light bounce from the surface to the wheat field. To do so we did a few concept and then started prototyping the system inside ICE. It was an exciting challenge to get an entertaining opening and closing animation while keeping an interesting lighting in the cave. 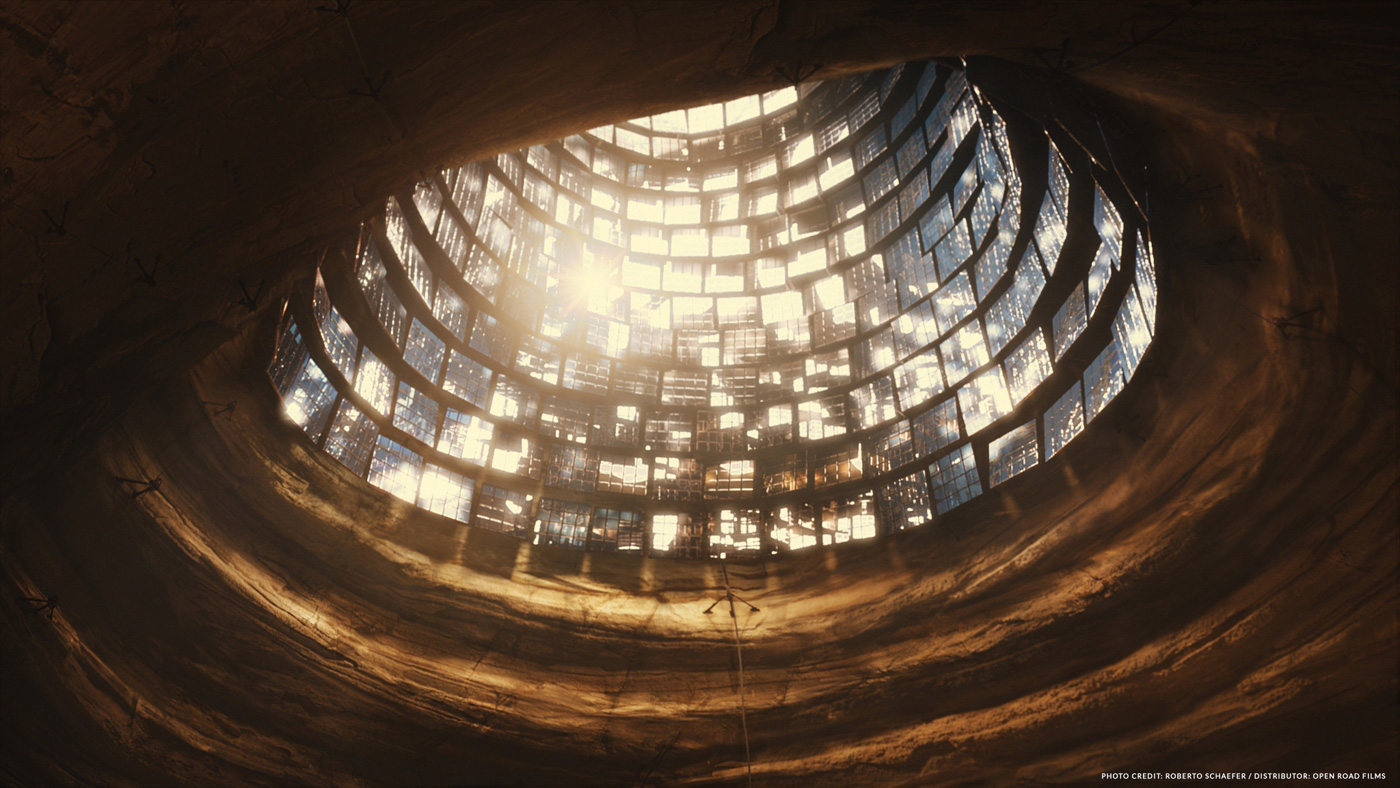 How did you manage the lighting and render aspect of the mirrors?
It was quite a challenge. We add to find just the right angle to make the sun and the sky reflect from the top of the cave to the wheat field. After that we rendered a few custom passes allowing the compositing to bring back a little more sunlight or wheat field on the mirror. That gave us lots of control for the final tweak.

Can you tell us more about the rain that come into the cave?
It was created by mixing some particles created inside NukeX with stock footages.

How long have you worked on this film?
6 months.

How many shots have you done?
About 100 shots.

What was the size of your team?
Around 50 people got involved at Rodeo FX.

What is your next project?
We are finishing working on NOW YOU SEE ME, which looks amazing. We are also starting an undisclosed project with Sony

What are the four movies that gave you the passion for cinema?
BRAZIL
WILLOW
THE MATRIX
THE MEANING OF LIFE