IMAGING THE FUTURE 2014: Look Back

From 8th to 9th July took place the 9th edition of Imaging the Future during the NIFFF in Switzerland. Since several years, I am proud to collaborate with the festival teams to offer guests and speakers from worldwide VFX studios.

This year we are pleased to have two members of the board from the London section of the Visual Effects Society with the presences of Hitesh Bharadia (Jury Member Imaging The Future 2014 with VFX legend, Scott Squires and Swiss director Claudio Faeh) and Ean Carr (moderator for the EDGE OF TOMORROW panel). 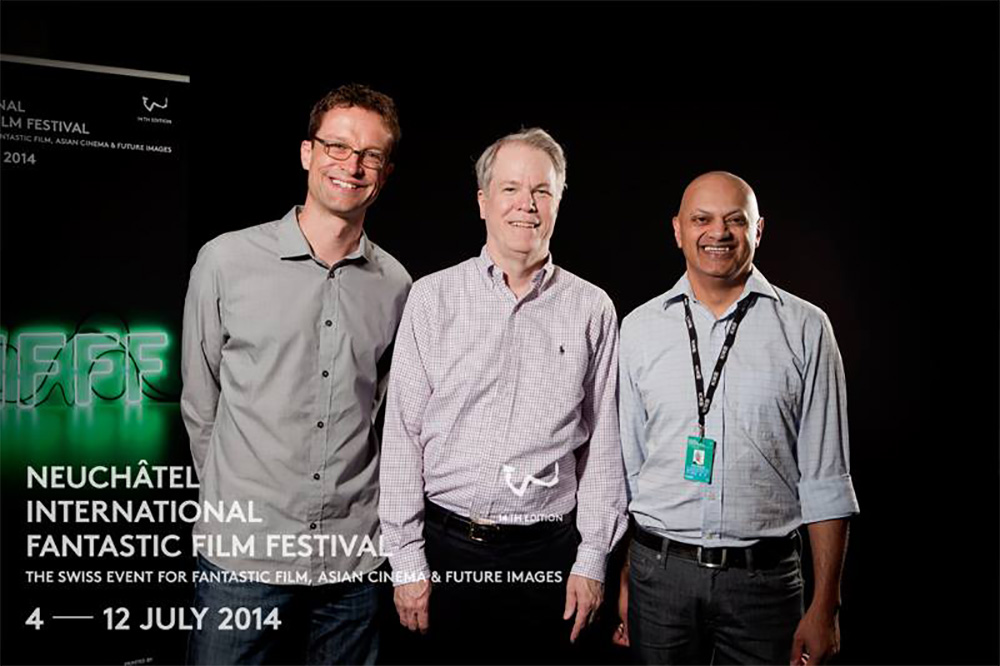 Note: My report will be solely dedicated to the VFX part of the symposium. To learn more about the rest of the ITF conferences, I invite you to visit the Facebook event page.

The first panel was devoted to animals and creatures in special effects and visual effects. Alexandre Poncet (director and journalist) opens it with the presentation of an exclusive excerpt from his new documentary CREATURE DESIGNERS – THE FRANKENSTEIN COMPLEX that he co-directed with Gilles Penso. The duo had already offer us an excellent documentary RAY HARRYHAUSEN – SPECIAL EFFECTS TITAN. The extract presented covered the period from TERMINATOR 2 to MEN IN BLACK, the quantity and quality of the various guests was really impressive and the wait for the full version of the documentary will be really long!

In the meantime, here is the trailer of this documentary which will be completed in 2015: 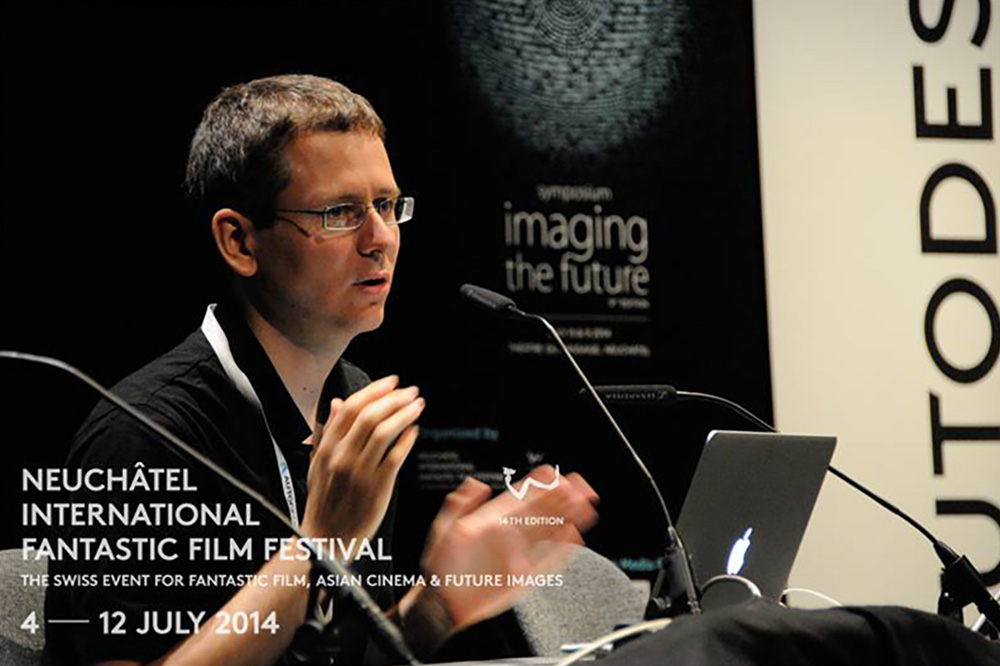 Miklos Kozary, VFX Supervisor, then presented us the work of Elefant Studios (based in Zurich, Switzerland) on THE LITTLE GHOST feature film for which they have created such a 100% CG head for a owl in order to get him talk and interact with the hero of the film. We were able to appreciate the huge amount of detail created by the small team of Elefant Studios (just 15 artists). The making-of below will give you a good overview of their work:

For more information, do not miss my interview with Miklos about THE LITTLE GHOST.

Miklos then talked about a new CG head. This time, a monkey head for an advertising for Teleboy.

This panel ends with the presentation of Sven Martin, VFX Supervisor at Pixomondo about their impressive work on the dragons for the HBO series: GAME OF THRONES. Sven explained in details about the creation of the dragons and their evolution through the different seasons of the series. A long period of design and research had to be done and repeated each season due to the changing nature of dragons. A simple « scale » could not logically be done to make these dragons bigger. We can also see how the dragons interacted with the environment such as water.

The afternoon began with a new panel, this time devoted to visual effects of EDGE OF TOMORROW and especially the different parts of their production since the panel began with the pre-visualization and ends with the stereoscopic conversion.

Margaux Durand-Rival, Previz Lead Artist at The Third Floor starts this panel. She explains in detail about his work on this film as well as his collaboration with director Doug Liman and Production VFX Supervisor Nick Davis. She talks about the many challenges she has faced and her team such as the changing design of the exosuits and the Mimics but are compensated by the pleasure and freedom to provide ideas and animations to the director and the VFX supervisor. Then we can enjoyed her work with a video showing the pre-viz for a sequence of the beach battle.

Don’t miss my interview with Margaux on her work for EDGE OF TOMORROW. 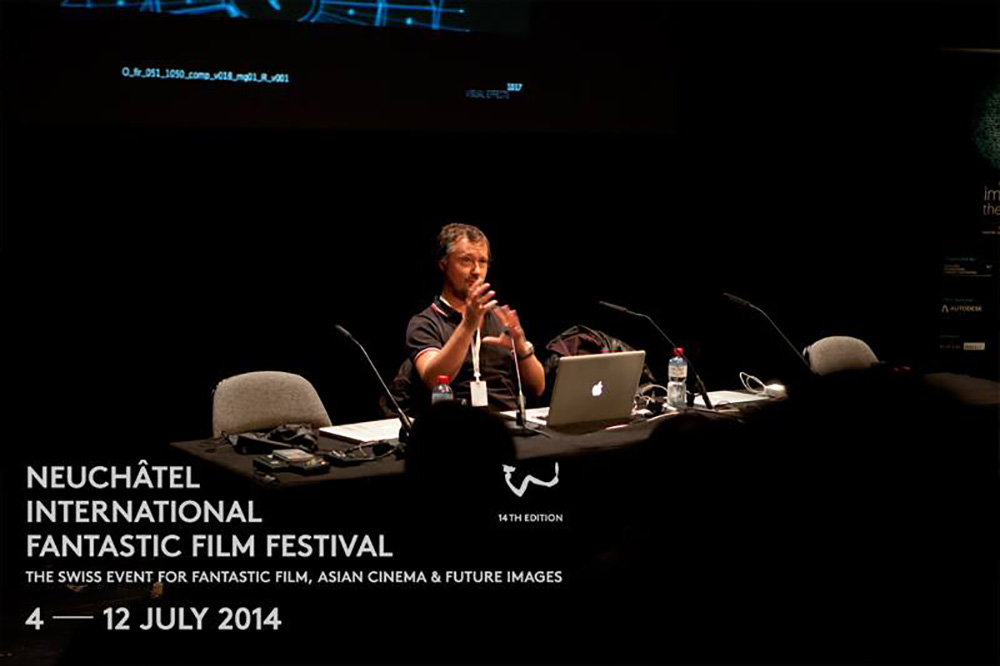 Matt Kasmir, VFX Supervisor at Nvizible, takes over the panel in detailing his work on this film and more specifically on the holograms sequence. We discover the impressive number of passes it took to create the final look of these holograms.

If you want to know more about his work, click here to read my interview with Matt.

It is the turn of Alexis Wajsbrot, CG Supervisor at Framestore, talking about his work on the film. Framestore was in charge of the last act of the film but also two sequences: the dam and the escape of White Hall. Alexis explains the work done by Framestore on the Mimics and the recreation of Paris with a stunning amount of details and footages. We were able to really appreciate the work on the Mimics rigging or the amount of FX elements needed for water or for the many explosions that happens in this last act of the film.

To learn more about the work of Framestore, go read my interview with Jonathan Fawkner, VFX Supervisor at Framestore.

This panel continues with the presentation of Eoin Greenham, Global Head of Stereo Pipeline at Prime Focus World. He tells us about the conversion work created by Prime Focus and the collaboration with various studios and especially with Nvizible and its holograms.

And do not miss this very interesting making-of by Prime Focus World on the stereo conversion for this movie: 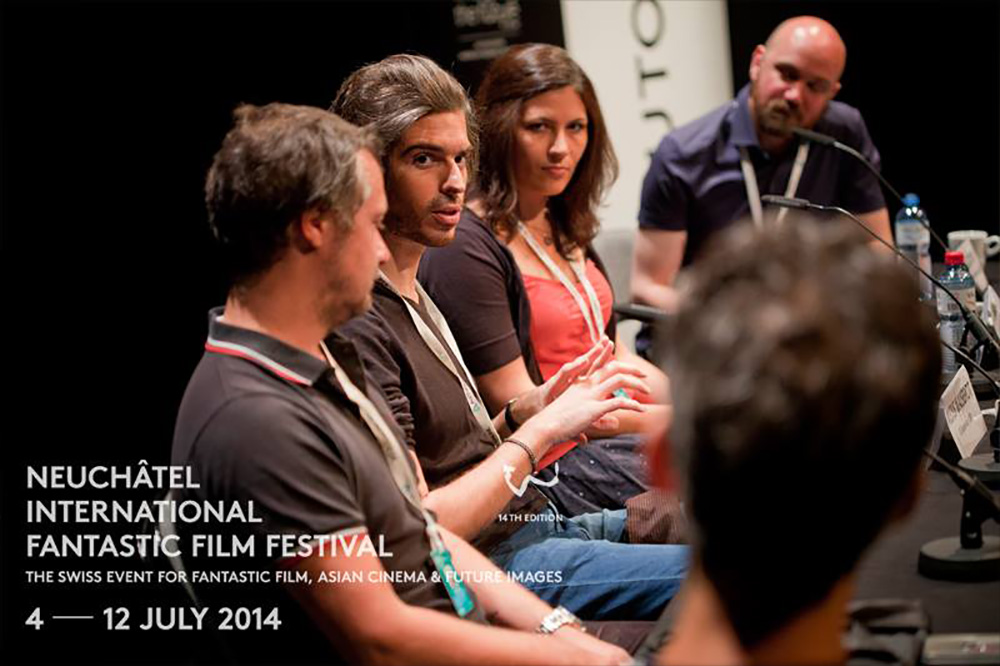 A round table moderated by Ean Carr, Sequence Supervisor at Double Negative and member of the board of the VES London, conclude this interesting and large panel. The discussion is devoted in part about the collaboration between the different studios in London.

The day ends with the masterclass of VFX legend Scott Squires. He was responsible for the famous « cloud tank effect » that he developped for CLOSE ENCOUNTER OF THE THIRD KIND. He continues by explaining the various « old » techniques such as how to shoot the mother ship for the same film or the front projection technique. He then discusses about his work at Dream Quest Images and ILM.

This day conference was again very informative and a great opportunity to meet international and Swiss artists.

Don’t miss the next edition! That will be an anniversary edition because it will be the 10th edition!