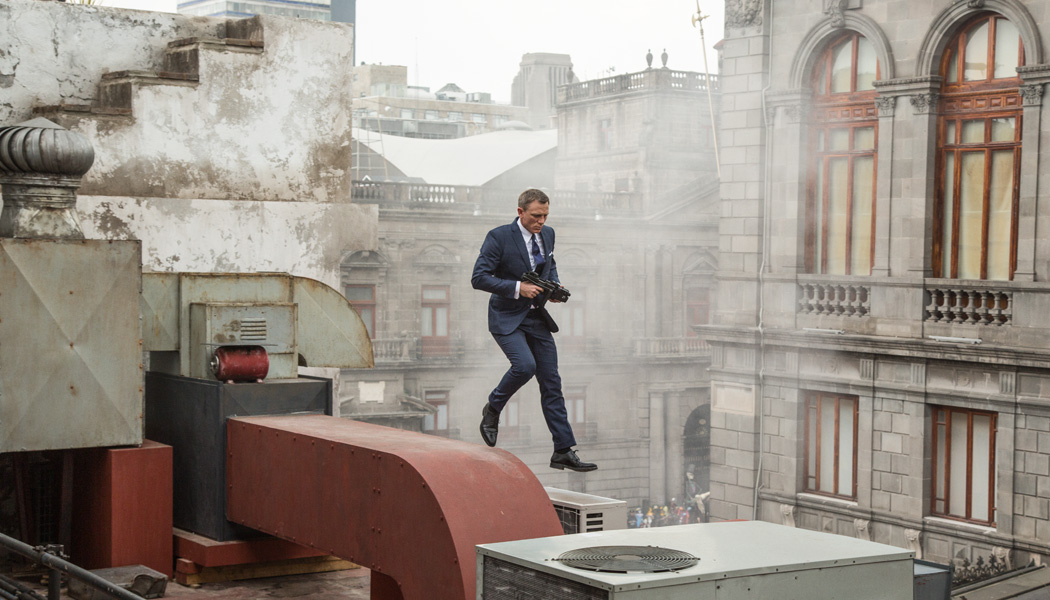 Steve Begg began his career in special and visual effects there are more than 30 years ago in minitaures. SPECTRE is his fourth James Bond film (including 3 as VFX supervisor).

What is your background?
I come from a practical effects background particularly miniatures, although I have experience in model animation, visual effects camera work, matte painting and traditional cell animated effects animation. I worked with Gerry Anderson and Derek Meddings early in my career. The advancement of CGI effects I just take as additional, but very cool, tools in the box.

How was this new collaboration with director Sam Mendes?
Well I guess he had a good experience with visual effects on SKYFALL as he completely embraced wall to wall VFX work on this one. More than 1500 shots this time round.

What was his approach about the visual effects?
He would consult with me on the big stuff, but quite often a shot or sequence requiring VFX would evolve during the shoot. My job was just to keep up with it. 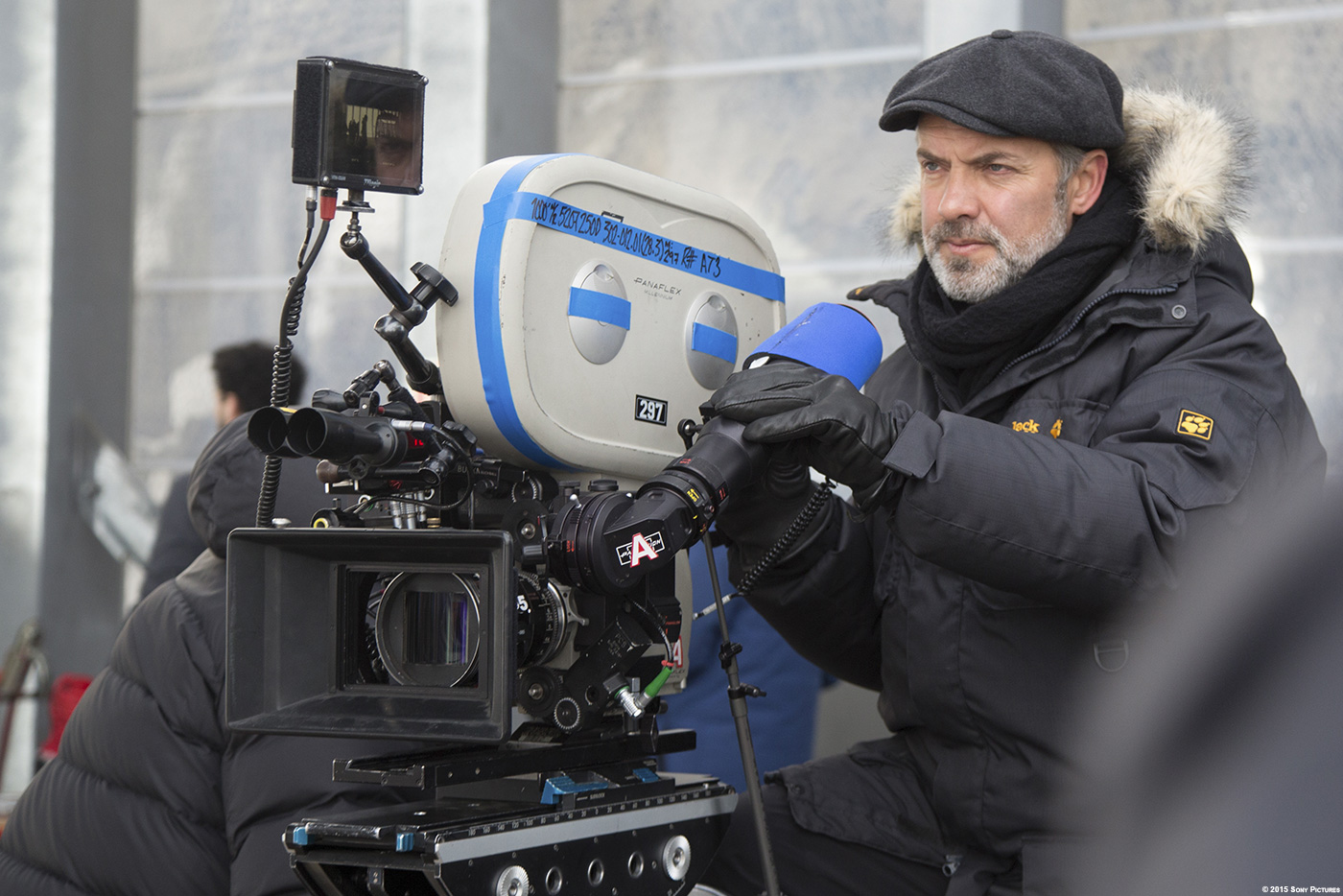 SPECTRE is your 4th James Bond movies. How did you approach this new one?
At the end of the day these movies are all about real stunts and action, so I just try to work as closely as I can with the Stunts and Special effects guys and enhance and help their stuff. It all starts mainly as real so we try to keep it real. If it looks lightweight or animated then we’ve failed. Things have moved on a lot CG wise so some stuff I would have done with miniatures in the past I’ve now moved onto a CG solution now. However I will still entertain miniatures when I believe they bring an edge. Usually involving something exploding.

Can you describe one of your typical day on-set and then during the post?
I was with the main unit all the way through principal photography, shadowing Sam and Hoyte van Hotema our DOP. I worked particularly closely with Hoyte were I would ask him for his help reducing smoke on sets or moving a light if it was flaring the lens making VFX work more difficult, which he did. I tried to return the favour in some instances were I felt we could assist him in some shots. In post it was a day by day monitoring of the work coming through from the VFX companies, then running them by Sam when I felt they’d reached a presentable point for feedback and approval. As always in the James Bond movies, there is a beautiful main title. Can you tell us more about it?
I had no involvement with it. It was done by Framestore and directed by Danny Klienman.

The movie opens with a impressive continuous shots. Can you explain in details about how you prepare it and how you created it?
We started by creating a previs with Brad Blackbourn of IO Entertainment of the six shot sequence, which was really helpful in demonstrating the technical issues to Sam and Hoyte so when we got round to shooting it they understood our requirements. We also shot this part and subsequence helicopter sequence in Spherical 35mm, to help with the blending and repositioning of the 6 elements, as apposed to the Anamorphic lenses the rest of the movie was shot on. 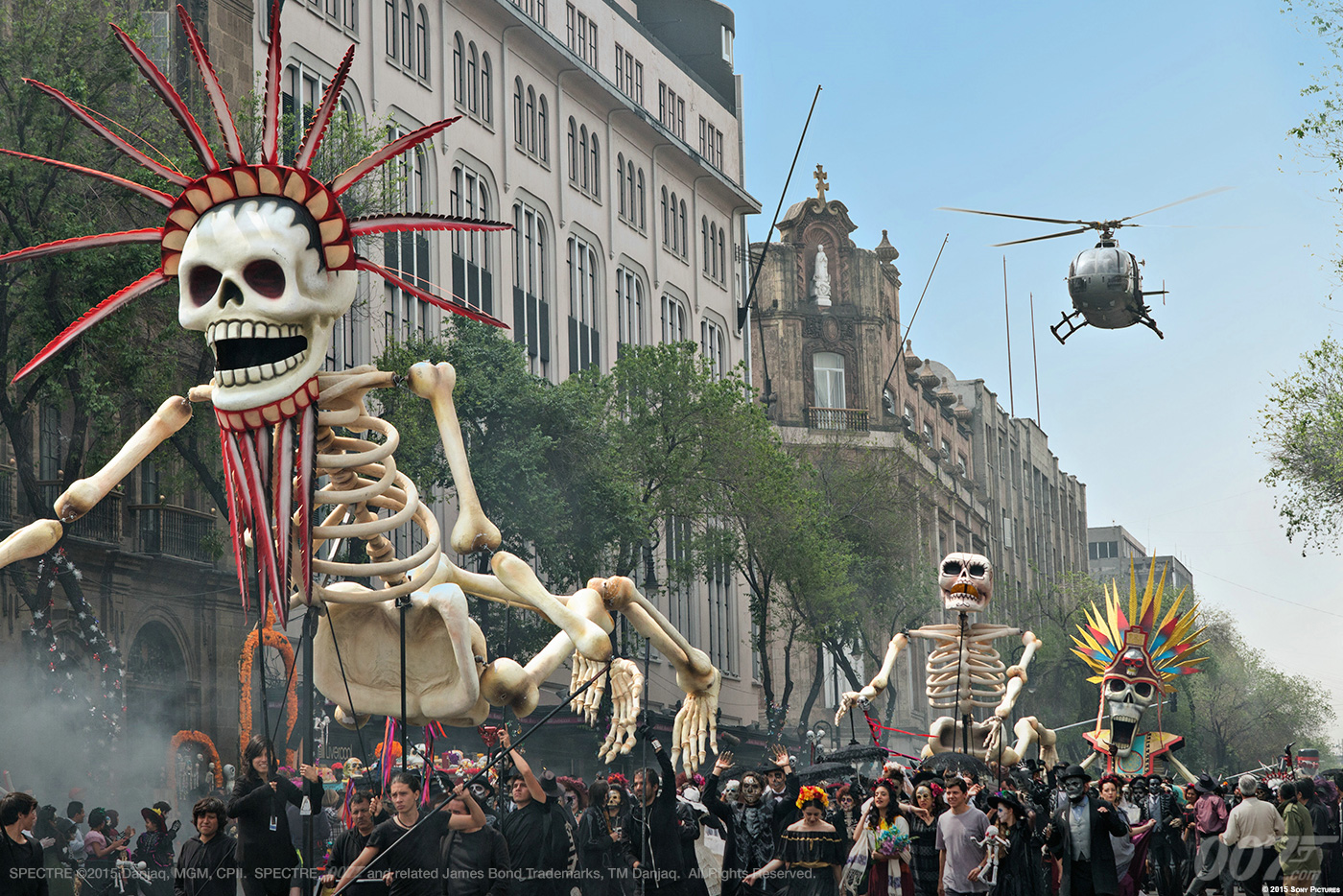 How did you enhanced the fight in the helicopter above Mexico City?
We were told 2 weeks before we started shooting in Mexico that we couldn’t do the more dangerous helicopter stunts, barrel rolls etc, over the Zocalo square which pissed Sam off somewhat.

I had a feeling that was coming so I’d always had an alternate plan of shooting these shots over an airfield elsewhere with the stunt helicopter, then replacing the airfield putting a full CG square, crowd and Mexico City below the helicopter, with Mo-cap doubles fighting inside, which is what we did. We went this route rather than shooting an empty square and putting in a CG helicopter because neither Sam or myself felt you would get believable composition and movement from that approach. 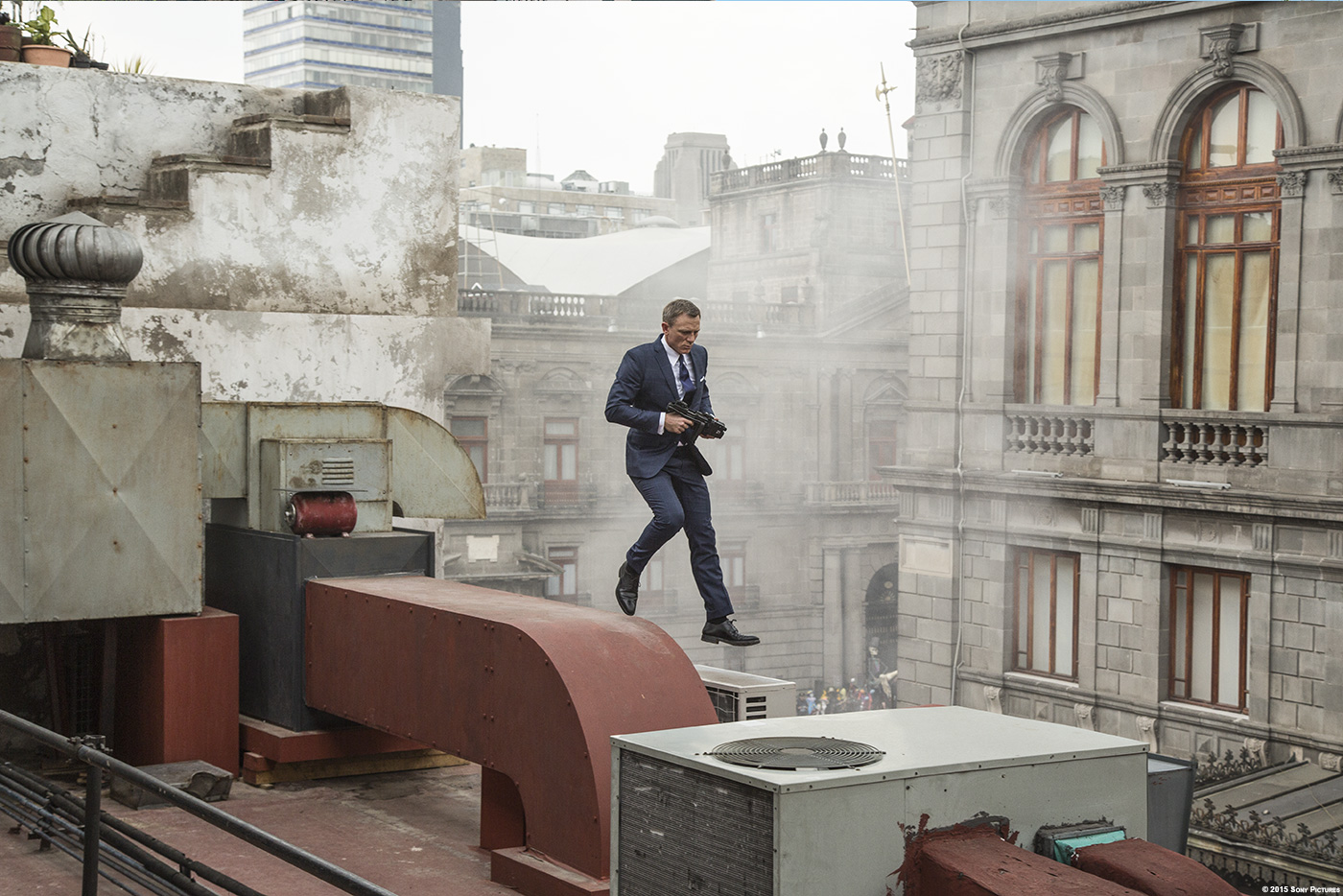 A cool car chase happens in Rome. How did you approach it and how did you work with the stunt and special effects teams?
This sequence has the least involvement from us, none the less there were a lot of enhancements and rig removal throughout the action. We also made Rome look more like Rome in a couple of shots with DMPs. 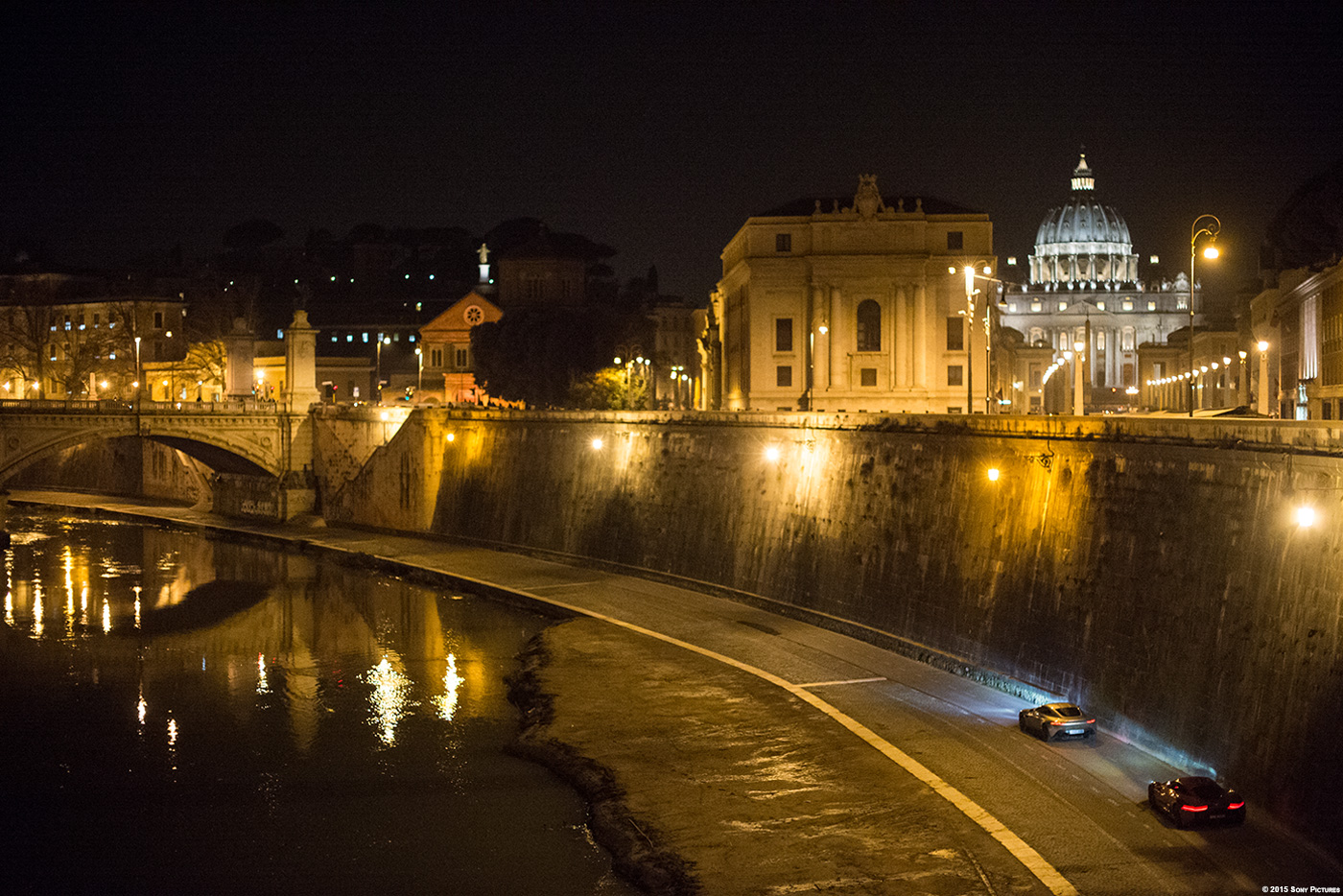 There is another chase sequence, this time in a snowy environment. How did you enhanced this sequence?
The biggest challenge for us in this sequence was the integration of a CG version of the Snowplane with its real world counterparts. Unfortunately the production had chosen a black shiny paint job for the plane which meant when we shot all the close ups of Bond in the gimbal mounted prop version on a VFX stage that the moment we saw any thing of its exterior we would see reflections of the studio lights and camera crew, which we did. MPC successfully wrapped their CG fuselage around this prop and reflected the non existent moving mountains and trees onto its surface and windows giving these studio shots a very believable air to air camera feel. We switch to the full CG model of this plane in the action for a series of wider shots when the plane drops below the tree line.

The touch and go bounce of Bonds plane on the road in front of the bad guys range rovers causing one of them to crash and the other to veer off, used MPCs CG plane model fully. It had to intercut back to back with the real plane and and a practical effects full scale model plane on wires used for the shots were it looses its wing tips trying to fly between a narrowing roadway of trees.

Subsequent shots with the grounded wingless plane continuing to pursue the range rovers used a prop with a skidoo snowmobile inside propelling it along.. CG propellers, snow wakes and plumes of black smoke coming from the thrashed engines were also added to heighten the action.. Continuity issues with the snow on trees and rooftops due to differing snow fall during the six week shoot were also addressed with a series of 2.5 D matte paintings throughout this sequence. 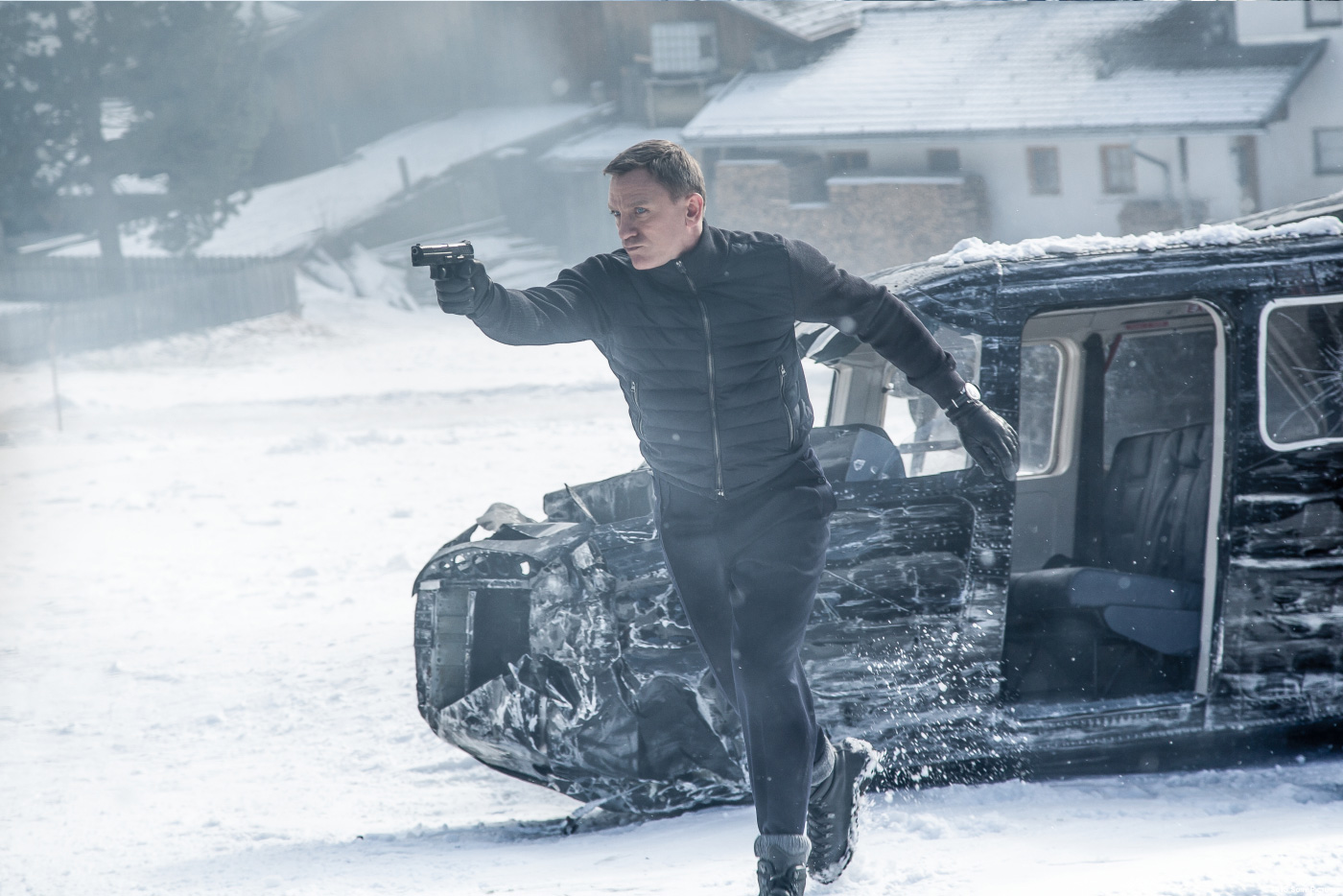 The movie take us to many locations. How did you created these various places?
The Bond films love their big location shoots but the sequences were we enhanced the environment the most were the Spectre crater base interior by ILM and the Westminster bridge sequence by Double Negative (DNEG).

Can you explain in details about the creation of the Spectre HQ in the desert?
This was shot on a flat desert plain near the Crater mountain exterior with minimal sets and flats for the actors to react to and it gave the camera crew something to lineup on. Everything else buildings, domes, crater walls, etc… were created by ILM.

How did you created the major explosion of the Spectre HQ?
The explosion was entirely real and full scale created by Chris Courbold and his team. Basically there were no buildings in those shots, as they would be added in in post by ILM and roto-ed in and around the engulfing detonations. Chris used a lot of dynamite and thousands of gallons of gasoline to get the sequential, advancing explosion effect. There are various buildings destruction in the movie. What was your approach for them and how did you created them?
Of course I’d considered miniatures for the collapsing building in Mexico and the Mi6 building demolition, but the elaborate camera move that had originally been planned (simplified a little later) for the opening sequence ruled out miniatures for me. The sheer scale of the Mi6 building also didn’t really lend itself to miniatures.

Did you used miniatures in this project?
We started on that approach in one sequence but the tight schedule and logistics made us change direction.

How did you split the work amongst the other VFX studios?
ILM did the opening sequence and helicopter fight and Spectre base.
DNEG, all the London stuff at the end.
MPC, the Alpine and torture room sequences.
Cinesite, all the Rome and Tangier bits.
Then Peerless a lot of other odds and sods. 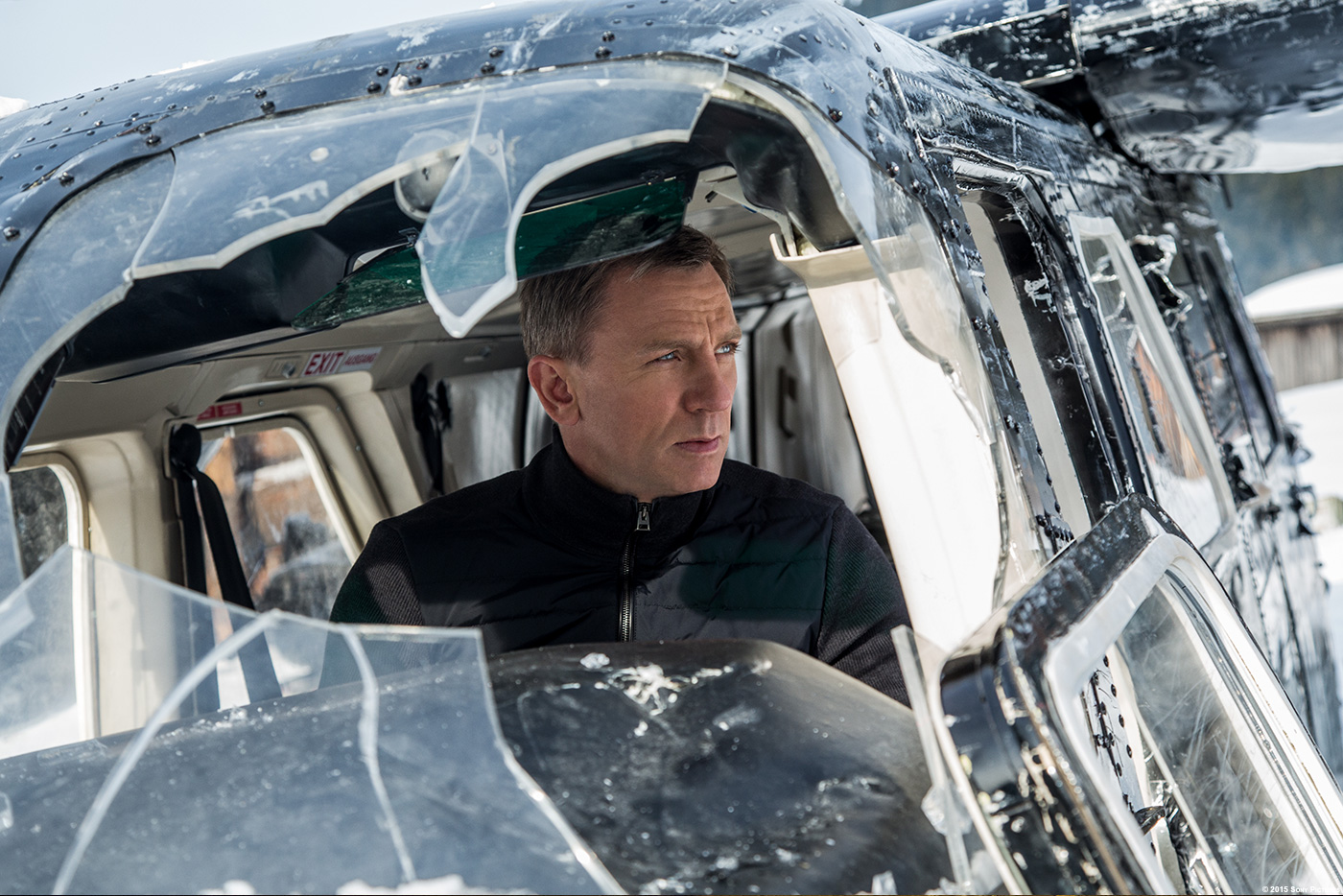 What was the main challenge on this show?
The continuous open shot was the most unusual non-James Bond sequence in the movie, and unlike anything I’d done before.

Other than that just getting all those shots done and up to a certain standard in a 10 week post schedule was the biggest logistical challenge. My producer Leslie Lerman has to take the most credit for managing that.

What do you keep from this experience?
It’s not a lot of fun trying to ram through all these shots in 10 weeks.

How long have you worked on this film?
I started full time end of September 2014 and finished on the feature 20th of October three days before its press screening. Tight, very tight.

What was the size of your team?
We had Andrew Whitehurst as a hired gun from DNEG overseeing the second unit stuff, I’d worked with him a couple of times before plus he’d done SKYFALL for DNEG, then a in-house two man comp team banging out temps for the editor and then a couple of hundred shots for the movie, four in the VFX production office and a couple of VFX editors.

What is your next project?
I have nothing yet.

What are the four movies that gave you the passion for cinema?
2001 A SPACE ODYSSEY, KING KONG (1933), THE WILD BUNCH and CLOSE ENCOUNTERS OF THE THIRD KIND.